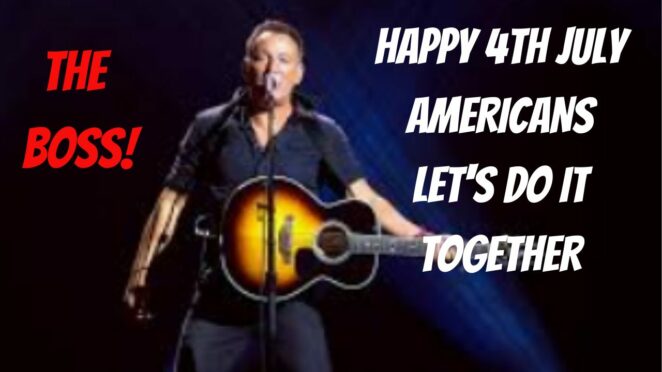 Happy July 4th, the day the Continental Congress formally adopted the Declaration of Independence, which Jefferson had written largely. The vote for actual independence took place on July 2nd, from then on the 4th became the day that was celebrated as the birth of American independence. On July 4, 1776, the 13 colonies claimed their independence from Britain, an event that eventually led to the formation of the United States. Each year on the fourth of July, also known as Independence Day, 🧾🗽🏛

I felt that an appropriate song to play would be BORN IN THE U.S.A. what would ultimately give Bruce Springsteen the nickname of “The Boss” a name he gained when he had collected his band’s nightly pay and distributing it amongst his bandmates. 💰💰💰