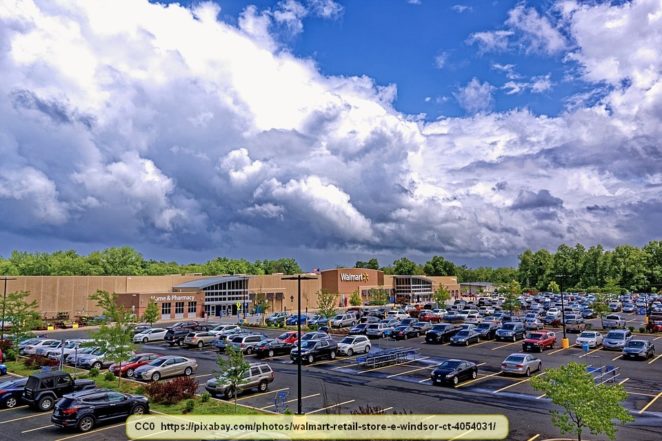 I’ve explained that we only have one grocery store in town. The prices tend to be high, partly because they aren’t large enough to offer much of a selection and don’t have the buying power that large chain stores have. Going from store to store isn’t an option for us, so when we do major shopping, it is when we go to a population center. Even then, we usually don’t go to more than one store. That is specifically Walmart.

To make the trip truly worthwhile, we must purchase a lot, but the savings are substantial, even after figuring in the gasoline that it takes to go to Walmart and back home.

To give a notion of the differences in prices, locally, we pay 62¢ for an 8-oz can of tomato sauce. At Walmart, we pay 33¢ and they sometimes have specials of 4 cans for $1. Locally, we pay $8.98 for 8-oz of instant coffee. (I drink instant, for the most part, because I can easily vary the strength.) At Walmart, a 14-oz container of instant coffee costs me $4.18…less than half the cost for almost twice as much. Hamburger at our local store costs $3.99 per pound. At Walmart, I can buy a 20-pound log of hamburger for $19.98; about $1 per pound.

The savings add up quickly, but we need to purchase enough food to make the trip worthwhile. When we took our daughter to the airport in Missoula, we made a side trip to Walmart. The round trip to Missoula cost us about $15 in gasoline and the round trip takes about 3 hours, plus about an hour in Walmart. It is a bit of a bother, but if we can save up $100 for buying food, the purchasing power at Walmart is roughly three times what it is locally, so we come back with the amount of food we’d pay $300 for here. The only reason we only make the trip once every couple of months is that we normally don’t have $100 to spend on food. When we do, though, the amount of food that we get easily pays for the gasoline and even the inconvenience.

There are Walmarts in Polson, Kalispell, and Missoula, and Missoula has two, so regardless of the population center we go to, we can go to Walmart.