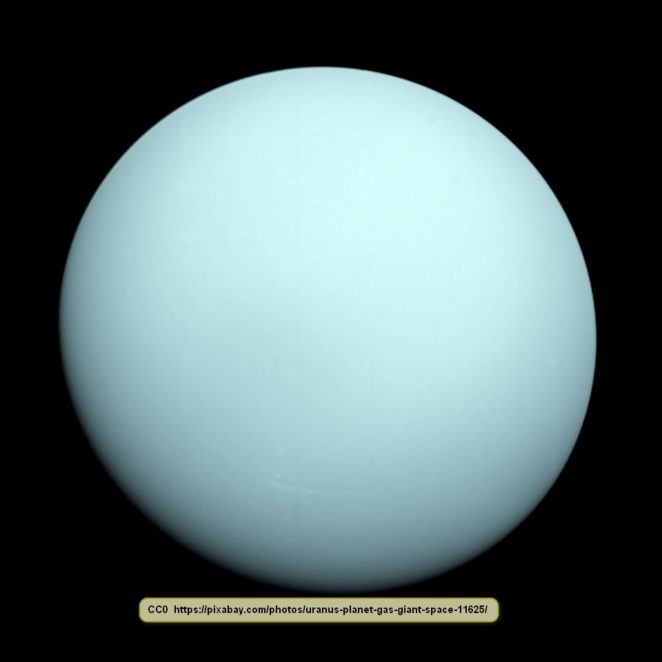 Each of the planets is strange in its own ways. Uranus is certainly no exception. The planet was only discovered in 1781 by William Herschel. We’ve learned a great many facts about Uranus since them, but there are still some mysteries about the planet. Here are some of the cool facts about Uranus:

* Even though Uranus has a volume that is a little over 63 times greater than the volume of the earth, Uranus wasn’t seen until 1781 because it can’t be seen with the naked eye. Herschel found it by using a telescope and at first, he didn’t realize that he’d discovered a planet. He was actually studying stars that are too dim to see when Uranus was found. Actually, Uranus can be seen with the naked eye, barely, but a person would need to know exactly where to look and it would need to be a particularly dark night in order to see it.

* Uranus has rings that circle the planet, as do Jupiter, Saturn, and Neptune, though the rings are faint. However, the rings of Uranus are oriented differently. Unlike the other planets, instead of orbiting the sun at a slight tilt, Uranus orbits the sun on its side. For instance, the earth inclines by about 23.5 degrees and Jupiter tilts at about 3 degrees. Uranus tilts at about 99 degrees. The rings circle the equator of Uranus, so they are more or less pointed up and down as it orbits the sun.

* It is believed that the tilt of Uranus was caused by the collision and impact several objects that were larger than the earth, knocking the planet over on its side.