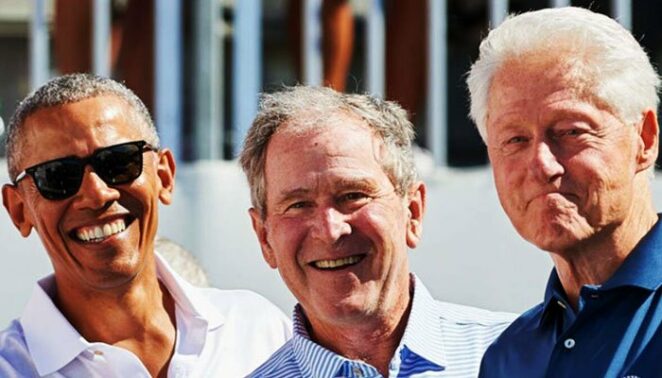 Three former US presidents have offered themselves for the corona vaccine to allay public concerns. The corona virus has killed millions of people around the world, but now the good news is that the vaccine is coming. Two US companies have claimed to have developed the vaccine and have asked the government for permission to use it on a large scale. The US Food and Drug Administration (FDA) is considering the requests and hopes to approve them soon.

The problem, however, is that there are large numbers of people around the world who view Corona with suspicion and at the same time, they are reluctant to vaccinate and conspiracy theories are the biggest reason for this. The UK is set to launch a large-scale vaccine next week, but experts say more people need to be vaccinated or it will be ineffective.

Various countries are also considering making the vaccine mandatory, but they are facing resistance from human rights groups, who say the decision to vaccinate or not to vaccinate should be up to the individual.

In such Situation three former US presidents, including Bill Clinton, George W. Bush and Barack Obama, have come forward to restore public confidence. The three presidents have agreed that after the FDA’s approval, they are ready to vaccinate against corona so that the public’s confidence in the vaccine can be restored.

Earlier, Turkish President Tayyib Erdogan said he would like to be vaccinated against coronavirus first.