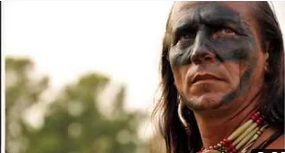 A few authentic accounts of American history were recorded by Indians. In the translation to English, some of the data was stored on pictographs but many interviews were translated into English and were even published in small obscure books, pamphlets and nondescript journals all of which had very limited exposure.

When the white man’s curiosity about Indian war survivors reached a highpoint in the latter part of the 19th century, industrious newspaper reporters interviewed many Indian war survivors. Among them were prominent figures and chiefs. They were all given an opportunity to tell their own version of the wars.

The quality of these interviews varied greatly since these translations depended fully on the abilities of the interpreters. Other discrepancies arose where for instance an interviewee feared reprisal for telling the truth while others being interviewed enjoyed lying to the unsuspecting translators by telling grossly exaggerated tales or tall stories.

As such, these interviews must be read with skepticism, even when some are ironical masterpieces, and other stories burn without a glimmer of poetic fury.

The more reliable sources of interviews came from official treaty meetings and other formal statements recorded at civilian and military meetings.

Much about their true stories as the victims in this song were sadly lost in translation even though, thousands of their words and stories are filed in freely available government libraries and archives.