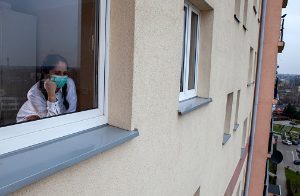 How our social lives impact our health.

Some of Zaraska’s most striking findings in her book focus on relationships and longevity. For example, one meta-analysis found that people with healthy and supportive relationships live noticeably longer and that these effects are surprisingly strong.

Over the course of several studies averaging seven years long, research participants with larger social networks were about 45 percent less likely to die. While some of this may seem surprising, it’s backed up by research: “There is absolutely nothing New Agey here,” Zaraska says. As she explains in her book, our mental state directly impacts biological processes in our body. When we experience stress, our bodies undergo a series of changes—output of cortisol (sometimes known as the “stress hormone”) increases, and our cardiovascular system activates its “fight or flight” response.

Under stress, changes even occur to the immune system: Inflammation (which helps us fight off bacteria) increases, while our ability to fight off viruses decreases. Zaraska explains that there’s an evolutionary reason for these stress responses: They’re advantageous for dealing with the kind of acute threats that humans faced in our evolutionary past (such as running from a predator). But they’re not so well-suited to our current stressors, which tend to be less intense but chronic (such as worries about an ongoing work project). One of the main stressors modern humans face—with corresponding effects on our biological systems—is loneliness.

Loneliness has been found to dramatically increase cortisol and inflammation—both of which hurt our health. In one study Zaraska cites, research participants were voluntarily infected with a cold virus and then had their symptoms monitored by researchers. The result? Those who were socially quarantined were 45 percent more likely to become ill.

While stress and loneliness can cause negative changes to our biological systems, taking time to connect with others actually helps activate more beneficial processes—such as the release of oxytocin. Oxytocin has been found to lower cortisol, reduce pain, change the way our brain responds to potential stressors, and even promote the growth of new brain cells. Zaraska explains, that hugs increase oxytocin levels, and so does eye contact (in fact, according to one study, making eye contact with your neighbor or even your cat or dog can increase oxytocin).