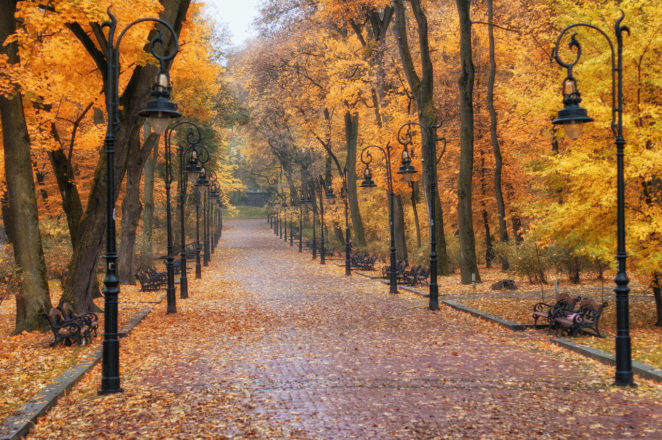 Lviv surprised me much more than other places I visited in Ukraine. I did not expect such a vibrant, friendly, European, cheap, and bohemian city. Most of all, however, the fantasy of the Ukrainians was admired – the whole city turned out to be a large modern work of art and its inhabitants were positive freaks.

Just after entering the city you will feel a pleasant feeling – lots of greenery and parks, ancient, very beautiful buildings. Deep into the city, its face becomes more and more interesting. First of all, I note that Lviv is a real bastion of Ukrainian language and patriotism. There are many Ukrainian flags on the streets, and its hostility to Russianism can be seen on every corner.

The most popular souvenir is toilet paper with Putin’s image. Most of the citizens you turn to in Russian will, in principle, answer you in Ukrainian. In Lviv, it is much easier to communicate in Polish or English.

The modernity and vitality of the city were also surprising. Even in the middle of the week, street musicians play sensually in the streets and squares, and a lot of young people get together and spend time chatting.

Well, a separate article should probably be written about Lviv restaurants and bars, because such curious ideas have not yet been seen anywhere else. As the local one told us, Lviv has always been renowned for its abundance of cafes – now, according to him, there is 1 cafe per 5 residents. Magical, surprising, European and ridiculously cheap.