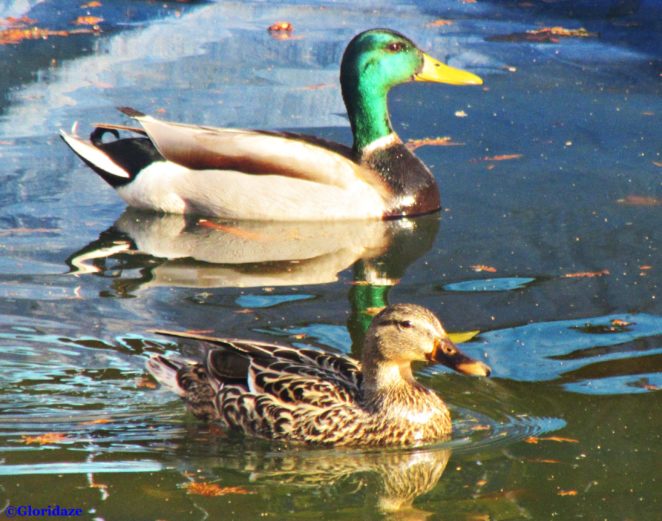 We look forward to an annual visit from a pair of mallard ducks to our backyard. I am not sure if it is the same pair but they come in early spring and hang out together for a day or two. It is always a pleasure to see them.

Some interesting facts about Mallard Ducks

Mallard ducks are found in abundance in Asia, North America and Europe. The males have green plumage brown chests and white collars while the females are mostly brown. Their diet consists of both animals and plants.

Female mallard ducks are called hens while the male are called drakes. Mallard ducks find their mating partner during the autumn and stay together until spring which is mating season. After successful fertilization, the males take off and the females care for the eggs and ducklings.The females mate for life with a partner but the males can have multiple partners.