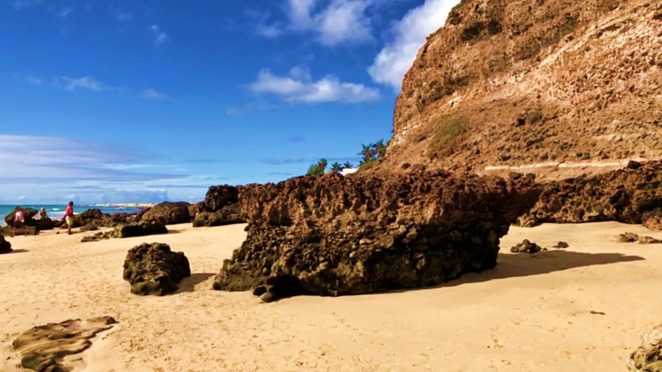 Fuerteventura is the second largest volcanic rock in the Canary archipelago. The African continent, the closest state – Morocco is just 100 km away, so it is very likely that the first settlers came to the island from there. The matriarchy was believed to have prevailed in the primeval community. Therefore, when at the beginning of the 14th century, a few ships of the Spanish Conquistadors came there, they conquered the whole archipelago without a single shot.

In the 15th century, there were several French and seemingly English attempts to infiltrate with the arms here, but to no avail, because to this day, residents of several local towns have marked these military operations with noisy carnivals and marches. People can live and enjoy life here, with as many as 16 official holidays and non-working days in the Canary Islands.

Fuerteventura is a special place. Visiting here was the feeling that I was flown to Mars with E. Musco’s Tesla. I am not talking about the spectacular landscape of the island, with several cult episodes of Lucas’ Star Wars in the background, but about the rocky mountains, the deserts of the coast and the wind beating to the chest. Like sailboat sails on the ridges of the waves, the spirit of freedom is flowing here. It looked like I was in a state of time transformation and somebody pressed the slow-motion key inside.