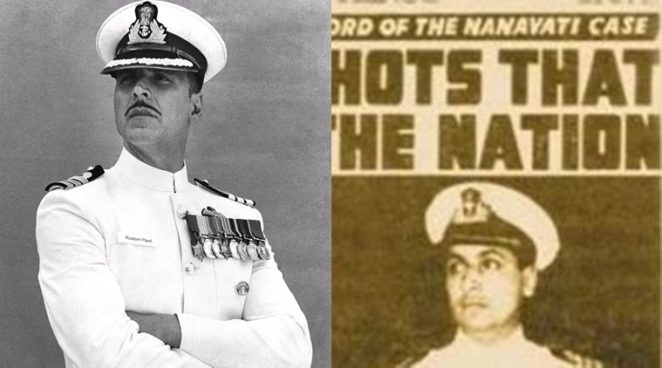 Rajiv Hari Om Bhatia (Sep 9, 1967), known by his fans as Akshay Kumar, is “an Indian-born Canadian actor” (per Wikipedia) and a Bollywood superstar.  He makes great movies and I always love him when he is cast as the good guy.

According to the Times of India, “Akshay Kumar entered the film industry as an action hero, but proved his mettle at comic as well as romantic roles.”

I agree 100%.  I have watched several of his films and Akshay Kumar can do action hero, comic and romantic roles, all-around good guy.  But I refuse to accept him in a bad guy role. No. No! NO!! Absolutely not!

He played a gangster in the gangster film “Once Upon a Time in Mumbai Dobaara!”.   He wasn’t one of the bad guys.  He was The Big Bad Guy, in charge of all of the other bad guys.  Sorry, but in my humble opinion, he was not suited for this role.  He should have been cast as one of law enforcement people trying to catch the bad guys.   It was a good movie but … Mr. Kumar as a bad guy?  No way!

By contrast, I watched another one of his films, “Rustom”, because it was on a list of best 2016 Hindi films and he was fantastic!  Not only was he the good guy, but you’ll appreciate the fact that the movie was based on a true story.

If you are not familiar with this actor, start by watching the two films mentioned and then you decide.  Good Guy or Bad Guy?  I am confident you will agree with me.

Actors Who Can Be Good or Bad: #TommyLeeJones https://t.co/dRrMUSK9Z6 via @virilycom Whether good guy or bad guy, I love this guy! #entertainment #actors

Actors Who Must Be Good: Pierce Brosnan https://t.co/ZwfYvrA0mY via @virilycom @PierceBrosnan ~ The question is not Good Guy OR Bad Guy? It's #JamesBond OR #RemingtonSteele? #entertainment #actors