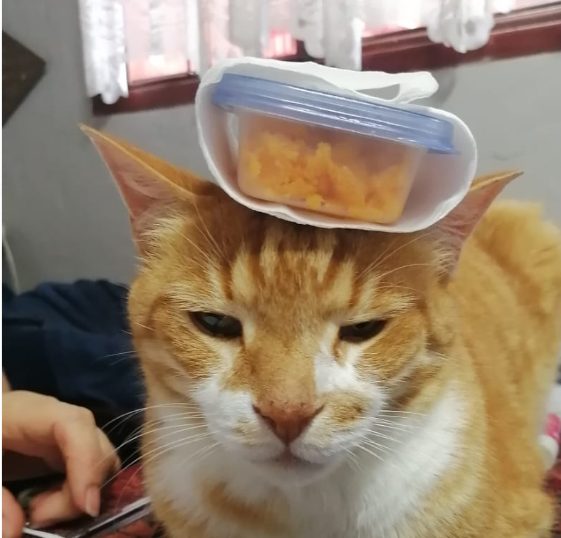 My daughter’s cat was so lazy last week during the heatwave in Durban when the temp.was 36 degrees Celsius. He was lying on her reports and she had to get them done, so after several attempts to get him to move she put her lunch on his head. Nope! that didn’t do it at all, she said. She almost got the idea that he thought she was being kind, placing the cold fruit-salad on his head. Apparently he actually tried to steady the load for her. Lol.