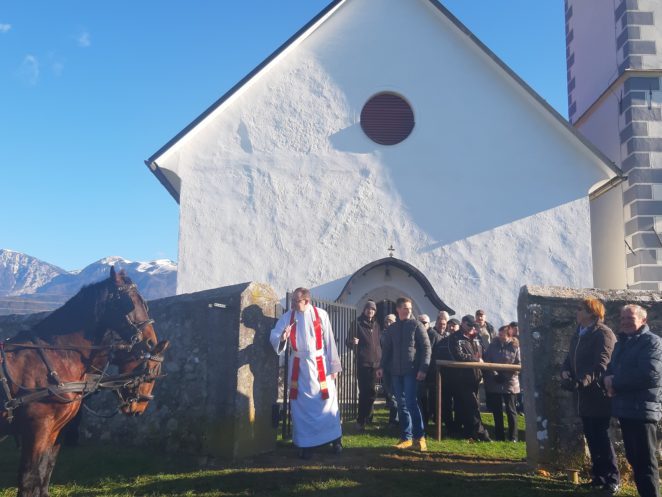 On December 26, the Catholic Church celebrates the year of St. Stephen, deacon and first martyr. St. Stephen is a Christian saint. Stephen was the first Christian martyr and one of the seven deacons of the original community in Jerusalem. He was sentenced to death by stoning in 34 AD. He breeds on Stefanovo on December 26, and on that day in Slovenia is often the blessing of horses. It doesn’t really have much in common with horses. He was proclaimed the patron saint of horses and livestock in general to replace him with a pagan deity who protected horses and livestock for Indo-European peoples. I took part in today’s horse-raising in a neighboring village.