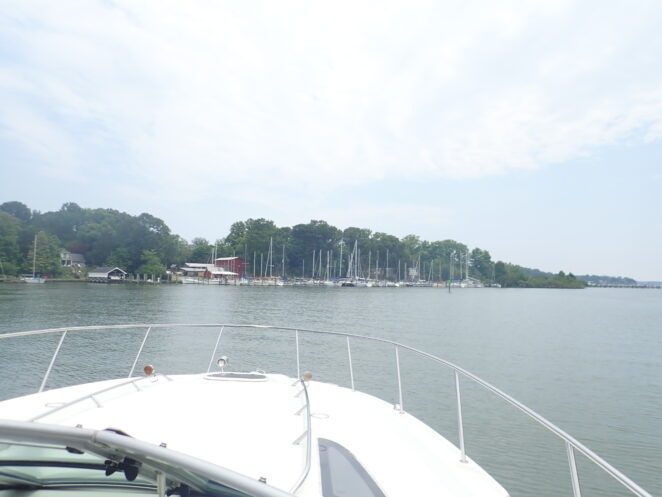 I thought today I would share some images of water. I realized looking at one of the pictures that I take a lot of pictures of sailboats. I have always been involved with boats, but I’ve only gone sailing a few times in my life. My love is of ships, and I love seeing sailboats on the water. There are a lot of sailboats on the various tributaries of the Chesapeake Bay.  But the thing that I love the most is the water itself. The Chesapeake Bay is recovered a bit. In the 1990s, there was a significant fear that the pollution in the Bay would significantly disrupt one of the things that Maryland is indeed known for. The harvesting and production of Blue Crabs from Maryland.

Much as there is the concept to New England Clam Chowder, there is the concept of Maryland Crab Cakes and Crab Balls. The declining health of the Bay was significantly impacting the crabs. Now there are signs reminding people that water poured to the Allegheny mountains ends up in the Chesapeake Bay. So, be careful what you dump into the groundwater system That ecological impact is impressive. If you look at a map (sometimes called a basin map) of a body of water, to see what feeds into that body of water, it is impressive. The bigger the body of water, the higher the overall size of the drainage basin for that body of water! Or, in a broader sense, there is a theoretical line in the US Rocky Mountains that splits the country in half.

Not really, it is a very western line. What it does is show the line where water that falls west of the continental divide flows into the Pacific Ocean. The rain falling on the Eastern side flows to the Atlantic Ocean. What I asked my father as we stood on that line, what happens to water that lands on the divide. My dad didn’t even pause, and smiling said: “water that falls on the line, becomes Coors Beer.” It doesn’t, but it still makes me laugh! Yet it does make you think for a moment, what of the water that lands directly on the theoretical line? It is something that I know I think about from time to time. What is the water splits if it falls on the line, half going one way and the other half going the other way!

Link to the drainage map for the Chesapeake Bay. https://www.cbf.org/about-the-bay/maps/geography/chesapeake-bay-watershed.html

nothing but blue water ahead 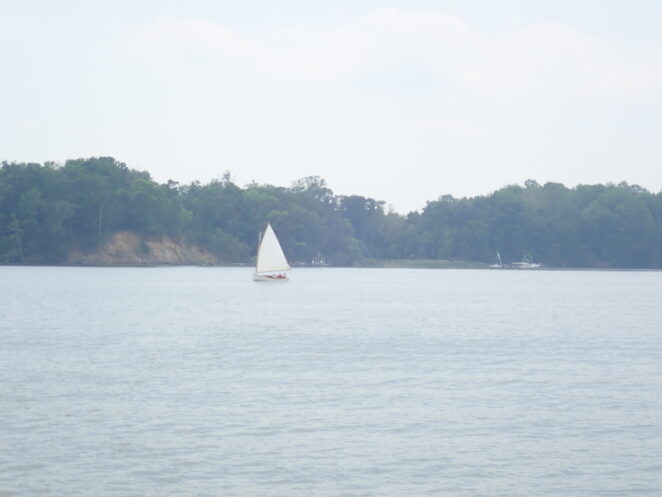 i take a lot of sailboat pictures. 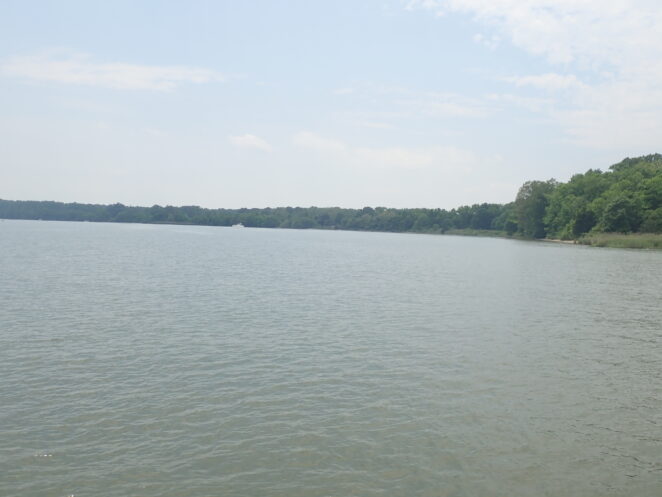 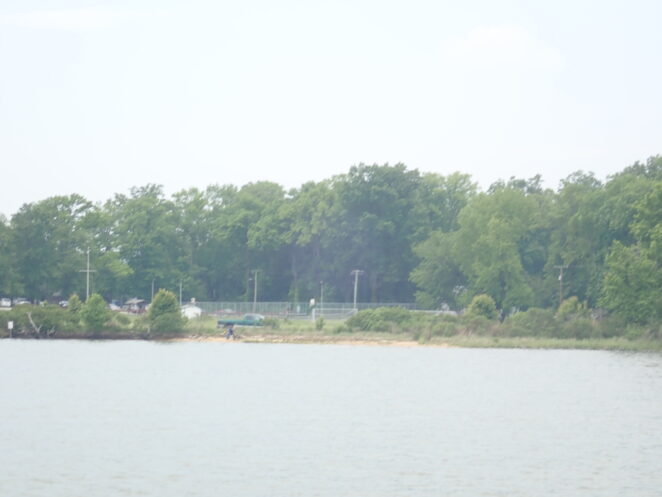