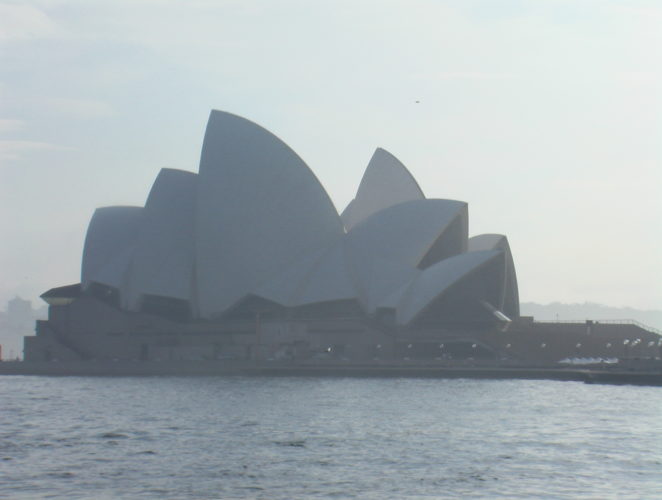 There are trips you take that you remember. There are trips you take that you forget, I know for example that I have been to Omaha, and I have been to Nebraska City. But other than a couple of memories of things that happened there, I don’t remember the trip. I do remember heading to Sydney, landing, riding in a cab and sitting in the hotel of the city though. I remember hanging out, wandering around the city with a good friend and just having a blast. I remember taking pictures (many) of the Opera house.

In part, the many pictures I took of the Opera house were for my father. He had been in Austrailia 20 or so years before me and took many pictures of the Opera House for my mother. I took them for him, just to tease him with many more Opera house pictures. The first day I got to Sydney I was there alone, the rest of the team I was traveling with, was arriving later in the day or the next day. My first couple of forays into Syndey were on my own. I wandered to the quay and got to see the Opera House right away.

I also found out that the hotel had a cigar bar, so it was nice to relax and smoke a cigar. Not that smoking cigars is the only thing I would do that day. I ended up going out on three or four walks that day, exploring the city and walking off the jet lag. I got to see some street performers and enjoyed the show. I also found two boomerangs that I brought home. We still have them hanging on the walls of our house! My daughter wanted a digeridoo, but they are far too large to fit into luggage or the overhead bay of the airplane so that was a solid no!