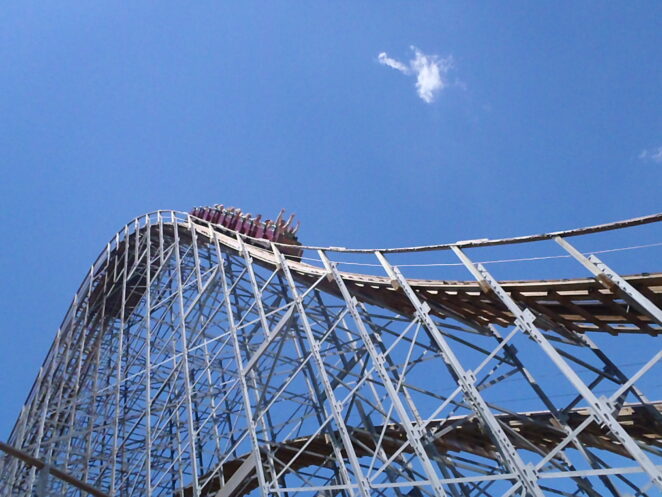 In 2011 we wandered to Wisconsin Dells. I’ve shared that a few times. Today the trip home is more the focus. My daughter went to the Dells with my mom and dad, the day before the Twins, and I arrived. But she came home with us. From Wisconsin Dells Wisconsin to Indianapolis, Indiana is about a 9-hour car drive. Not quite as far as driving to Maryland. But, my daughter had her license, so on the way back, she inspired some of the highway mileage, taking the full load off of me. My wife often drives, but her rules are no rain and no snow. For those playing along at home, those are the exact opposite rules that were applied to the shared convertible we had. Then I could have the convertible when it was raining or snowing.

But when it comes to driving, she doesn’t like to drive at night, in the rain or the snow. My daughter was happy to drive some of the highway (4-lane) on the way home. We left fairly early in the morning from the Dells. There are two distinct ways to drive from Wisconsin to Indiana. The one way drives towards Milwaukee and then around Chicago. That is the featest and the slowest route. Slowest because you never know what kind of traffic you will hit as you go around Chicago. The least amount of traffic adds an hour to the trip. The other way is to drive down the middle of Illinois and then shoot straight over around Terre Hate, Indiana. It adds an hour, but there is no risk of traffic.

We took the route with less traffic. I wasn’t going to have my poor daughter learn about driving in traffic, going around Chicago. Right before we left Wisconsin, the kids decided they wanted to stop and stock up on cheese (and I wanted summer sausage). We ended up getting more cheese that we needed, but that has become a family tradition (we did the same thing in Amsterdam – you can transport sealed food)! The kids had fun picking a different cheese for their mom (she had to stay in Indiana studying for her Master’s Degree, in particular, she was finishing up her last year and had a lot of tests)! My daughter took over driving form the cheese shop through the middle of Illinois.

She did a great job driving! 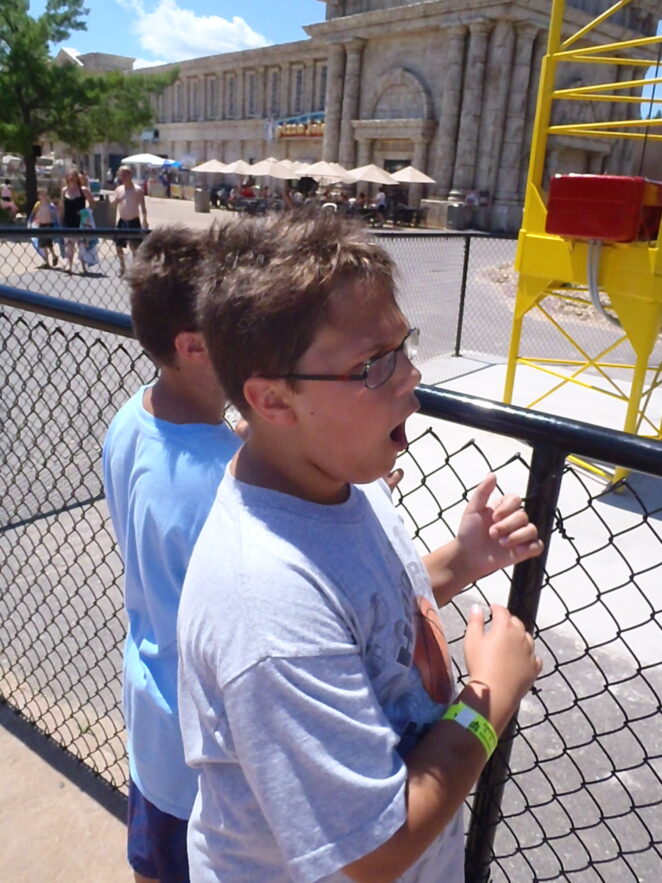 we are ready (they read about the wooden Hades coaster and that was the first place they were going to go!) 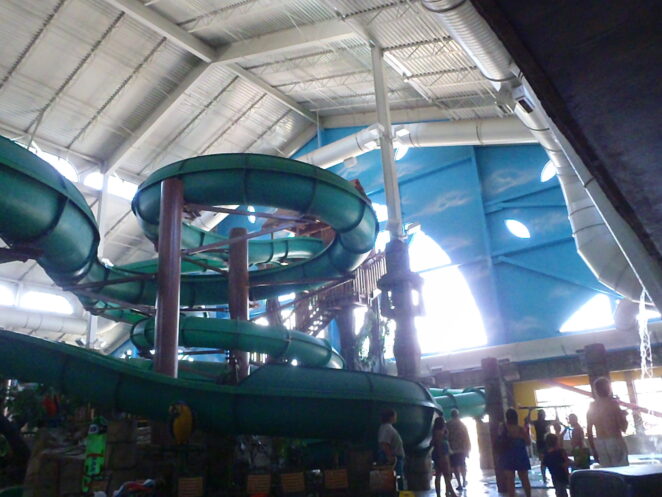 the indoor water park was massive! 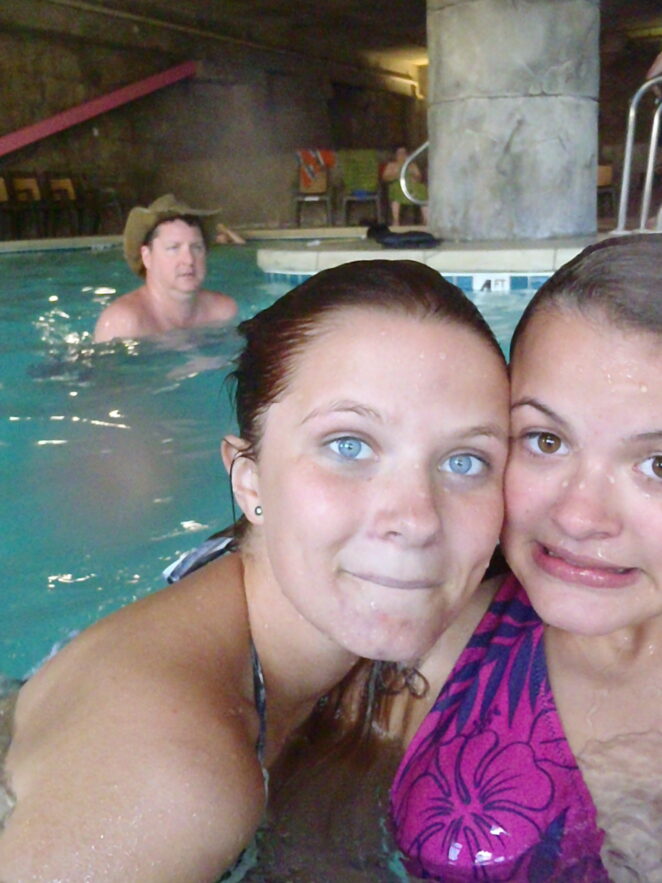 i should have kept control of the camera.