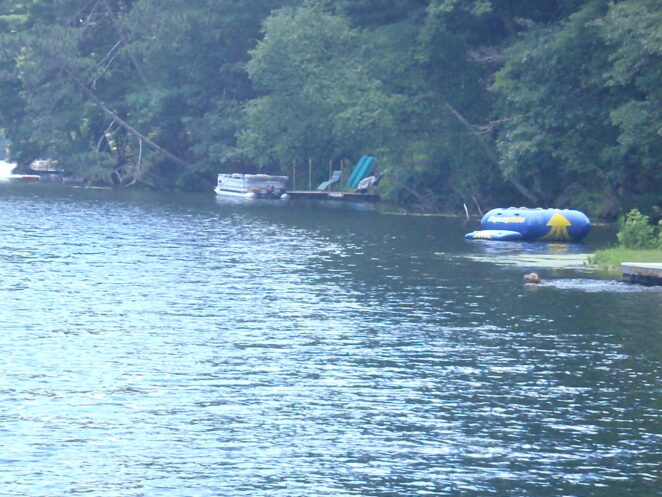 The pictures today are from the Dells, but the wander is much further afield than that. When I was a kid, we had a car that didn’t have heat in the back seat. My parents were years ahead in terms of safety. My dad had us wearing seatbelts two years before they were mandatory in cars. People had seatbelt sin cars in the US and didn’t wear them for many more years after it was compulsory to have them. But my mom and dad always made us wear seatbelts. In the back seat of that old sedan, it got cold in the winter, so we had blankets in the back seat.  Until we moved to Bangkok, then we needed air conditioning installed in the car, because you could melt into the vinyl seats.

When I was a little kid, my dad refused to turn the radio on. I remember the songs he sang as he drove. Why? Because he sang them over and over. “Detour there’s a muddy road ahead, Detour” was sun if a Detour sign appeared along our route. “Oh, the yanks are coming” was sung, no idea why it was just composed all he time. The wander today is the change in cars. When my daughter was little, we bought a mini-van. It had a DC jack in the back seat where my daughter’s car seat was going to be. I got a TV/VCR that plugged into that back seat so my daughter could watch TV on long trips. That was our back seat entertainment system for the two years we owned that mini-van.

The change over time was the move to actual in-car entertainment systems; by the time the twins were born, we needed more storage, so we ended up with a full-size van. It also had a rear-facing TV and VCR combination built-in, but now we also had plugs for a Nintendo 64 video game console. The kids never really played the Nintendo 64 while we were driving, but we did watch a lot of movies over the years. The point of all of this is that I continued my father’s tradition. I just burst out into song when I saw signs. I still stop at historical signs along the road (my dad loved to do that). I sing the Detour song. But now I get told to be quiet because “we are watching a movie.” My how times change!

we wandered up river from the park 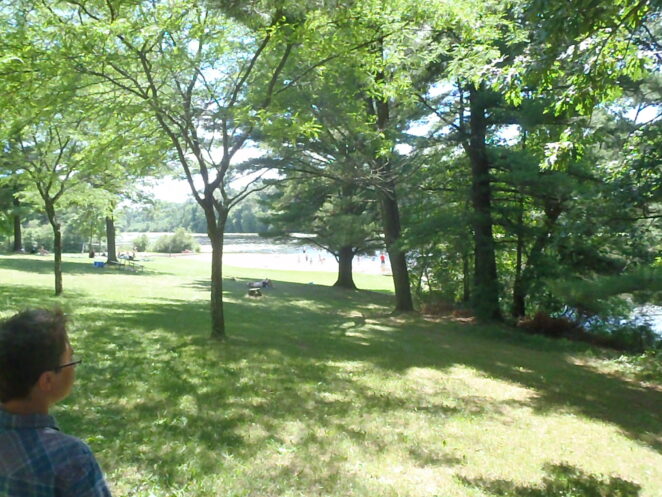 we walked down river as well!

my daughter took this panorama! 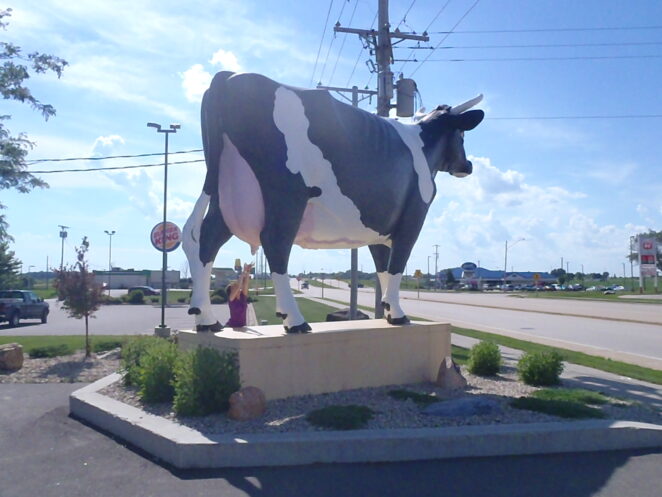 i love that cow!