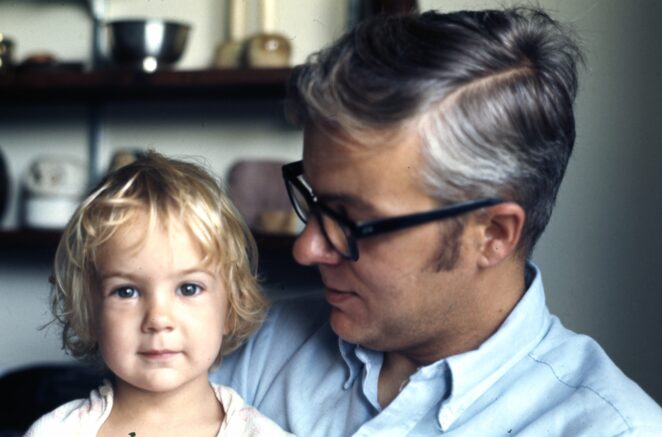 Welcome to another edition of Caption Thursday! Have at the captions!

The first picture is one of my favorite movies of my dad and my youngest sister. My youngest sister is quite a few years younger than I am (she should pay me a dollar when I point out that she is much younger)! The straightforward story to remember and I have shared before is, when my parents found out that they were going to have the 3rd child, they sat us in the kitchen to tell us about the coming addition. They asked us what we wanted to start the conversation, and I said: “a puppy” they ended the conversation asking me if I still wanted a puppy and I said yes. But I am happy I got a baby sister instead. She has always been a beautiful part of the family. (as is my middle sister who is also fantastic and also much younger than me)!

But today’s memories revolve around that hill in the last three pictures. You can, in the first one, see my grandparent’s house peeking out from beyond the mountain. My grandfather and great grandfather built that house. I would say that I inherited that skill, but I did not. I am not good with a hammer, saw or, for that matter, anything that involves construction. But that hill was for sledding in the winter. In the Summer, we would race for the Captain’s hat, the loser of that race worse the cowboy hat for that week. But in the winter, it was the hill. We would get out early in the morning and only come in when we were cold. Grandma often had hot cocoa for us.

The hill stretched down to the Lake. The Lake was frozen by the time we would arrive at Christmas. We were eight or so hours away by car, so we didn’t go as often once we moved to Bloomington. A few times, we made the long trek for Thanksgiving, but for the most part, we were only at the Lake in the Summer and around Christmas. You walked the hill with a fishing pole or flew down the mountain on a sled. We loved that hill! It was a massive part of my childhood.

Have at the pictures – come up with your best caption! Welcome, to another edition of Caption Thursday!

PS today, we also have #throwbackthursday pictures to boot!

Hum dad, can I get an allowance? 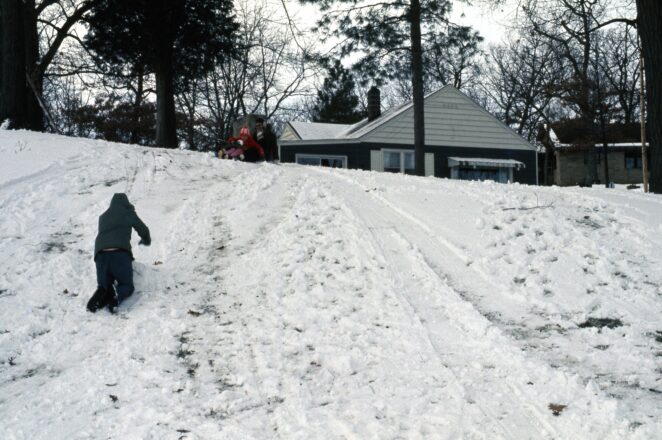 so first you slide down then you have to climb back up? 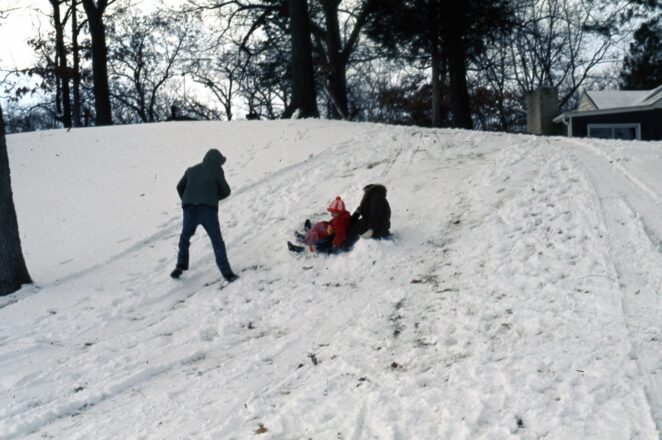 i tried to warn you that the sled runner was broken! 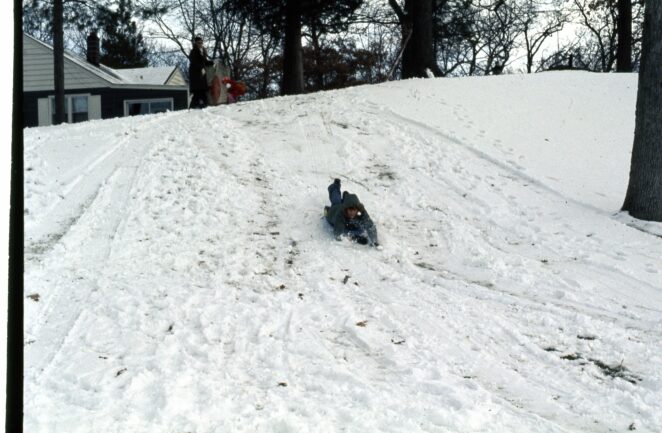 help i am being held captive on a sledding hill...