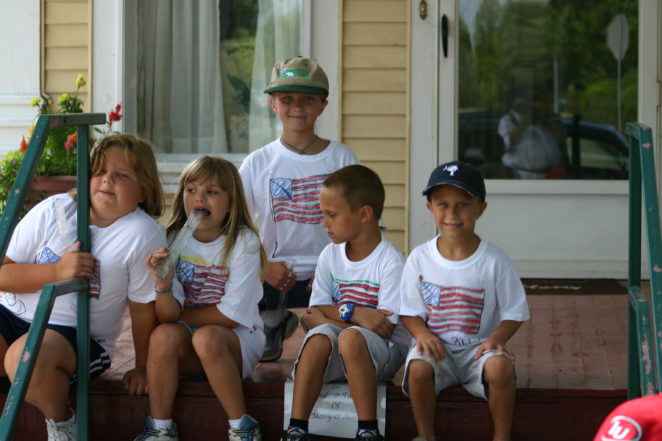 Over the years our family has wandered down to Bloomington Indiana to see and celebrate the 4th of July. Well, we did for many years until we moved to Maryland. The rest of the family still gathers for the parade, brats and family time on the 4th. We don’t make the 10-hour drive to be there for two days (we’ve done it once, but that was for a much different reason). The Bloomington Parade, like many small town parades, has many things that are the same, being a university town there are always a few quirks as well.

I am sharing today, images from many different 4th of July parades (well three). For many years we would sit in front of my sister’s place of work and watch the parade. We didn’t move far from the spot we choose, and the parade would wander by us. We were near the end of the overall parade, so the marching was never as crisp, the lines never as straight.

But it was our holiday tradition. I am sure there is a parade in downtown Germantown Maryland or downtown Gaithersburg Maryland (the two nearest towns to us), but we have never gone. There is something about the magic of the Bloomington Parade that has always been special.