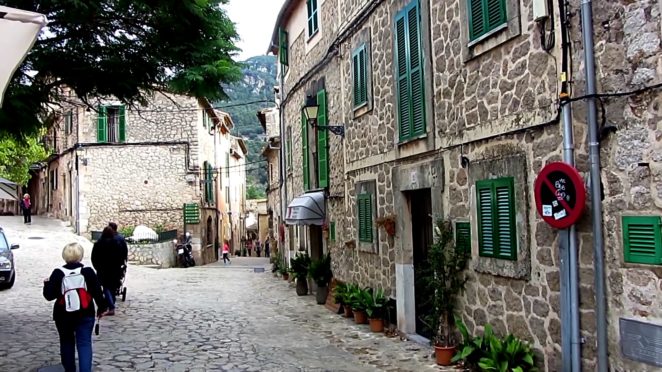 Valdemossa is a very small picturesque town, which is spread out on hilly terrain. From almost anywhere in the city, there are stunning views of the green hills, where houses are almost hidden in the greenery. 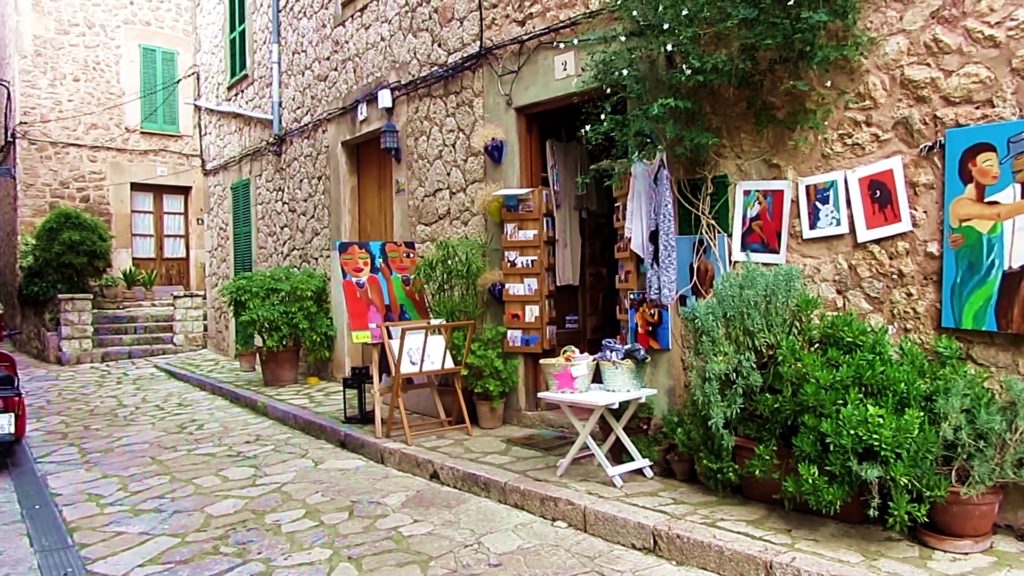 To begin, we decided to go for the bulk of the rest, to see where all actually go. The road was not very long and very pretty. All roads in the town are paved with paving stones, so old that it is quite possible to slip on it in rainy weather. Apparently because of this, in many places, on small climbs or descents, handrails-rails are installed, so that people can keep on difficult sections of the road, so to speak. 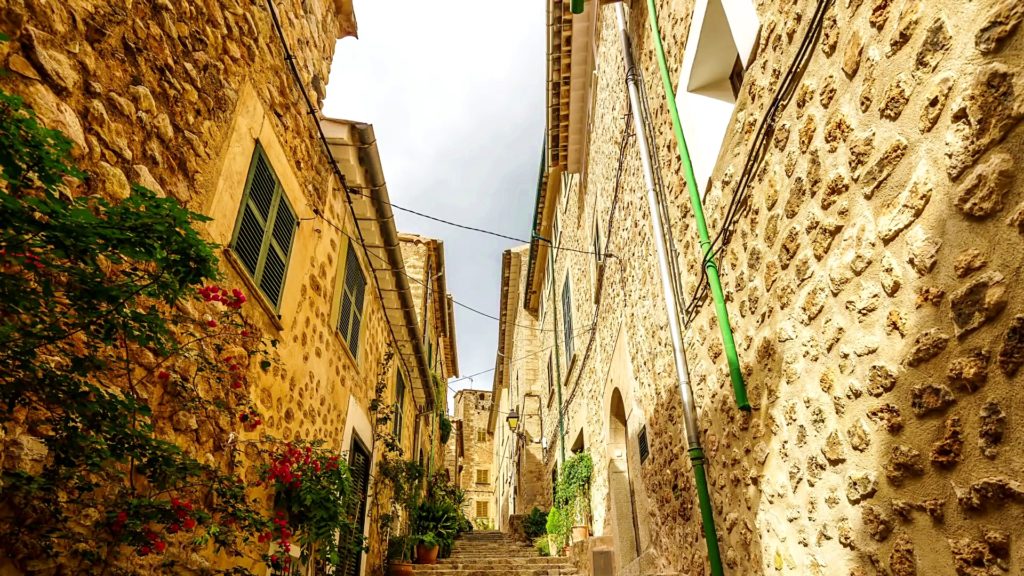 The whole city is sustained in some kind of uniform style. And even from the color gamut, almost nothing is knocked out – everything is green-yellow-gray-white.

And so, slowly following the involuntary escort, we went to a beautiful old building. As it turned out, it was the Cartesian Monastery – the main attraction of Valldemossa. The monastery was founded in the 13th century, but in 1835 it ceased its activities on the orders of the king. Today there is a museum in the Cartesian Monastery. Not far from the monastery there is a beautiful, well-kept garden. 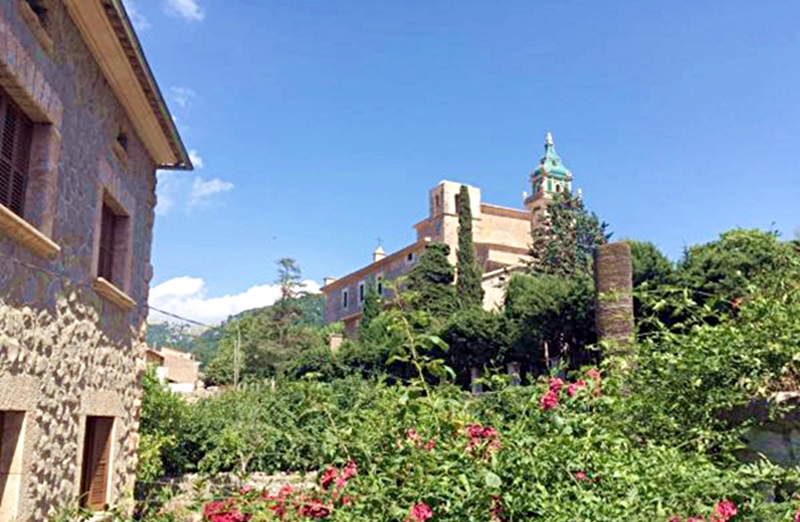 We walked a bit along the shady alleys, visited the museum and decided to get to know the city more closely. The further we walked from the monastery and the close to rows of cafes and souvenir shops, the more empty streets became. And the streets in Valldemossa are still ancient! Narrow, winding, sharply rushing up or unexpectedly falling down. 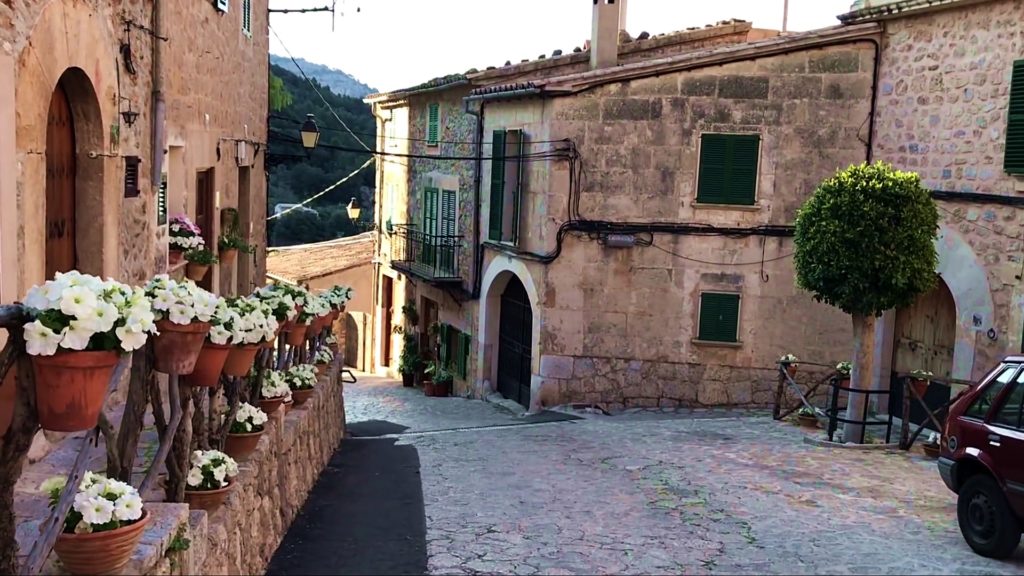 And they are all so charming that I want to stay near every house, near every door. Almost all the entrances and windows on the ground floors are decorated with pots of flowers. Such corners of refreshing greenery are very pleasing to the eye and give the streets a look elegant and festive. And the locals decorate the entrance to their home with religious and not quite symbols, figures that are designed to scare away evil spirits. By the way, the plates are made of clay and painted by hand. So there is not a single image in the whole city. 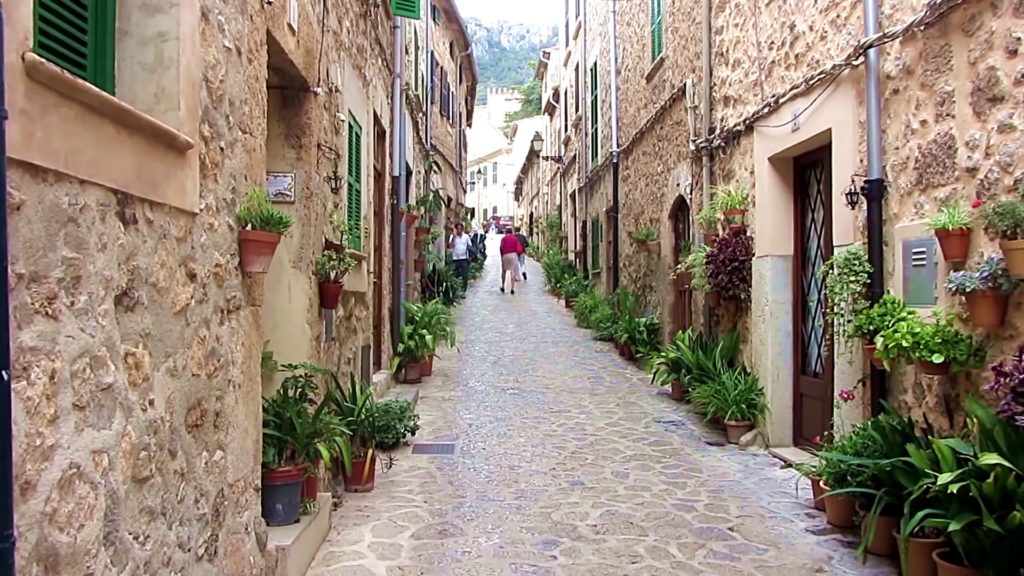 Unnoticed we go out to the church of Sant Bartomeu. The beginning of the construction of this church dates back to the 13th century, and the end – the 18th century. It turns out that it was built for almost five centuries. 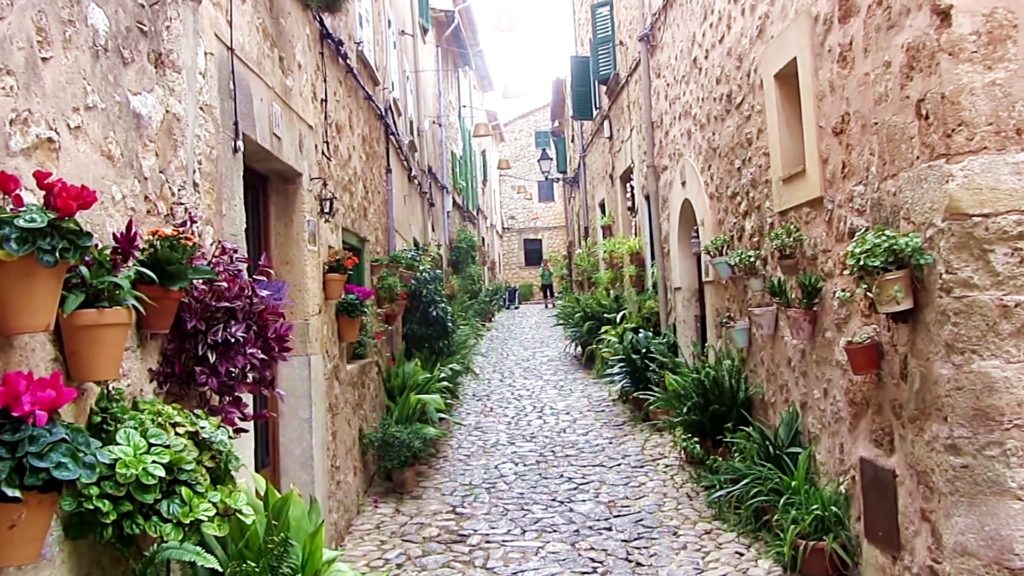 Valdemossa is a small town, but with a very tangled maze of streets. At least I couldn’t see any systematization. No wonder that in the end, we got a little lost. So, we came out to the outskirts of the city, where they grew up here such cute little lemons. 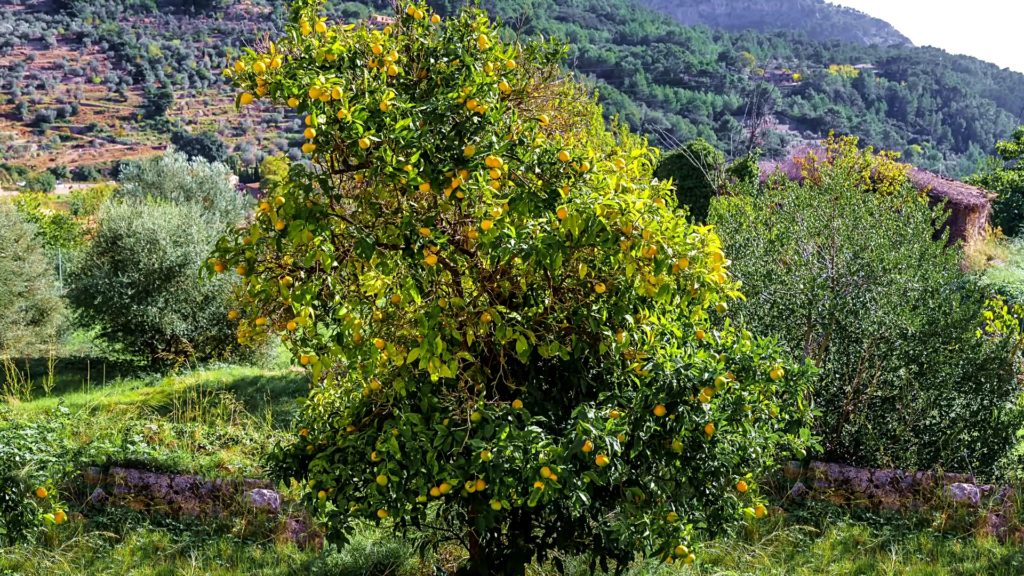 We really liked Valdemossa, a pleasantly quiet place, with its color and stunning streets. If you move away from the Cartesian monastery, the streets are almost deserted and you can safely and slowly wander around them. Well, the green hills surrounding the city from all sides create stunning landscapes that you want to admire for a long time. The trip was easy and not tedious, it was very nice to stroll through such a charming town. 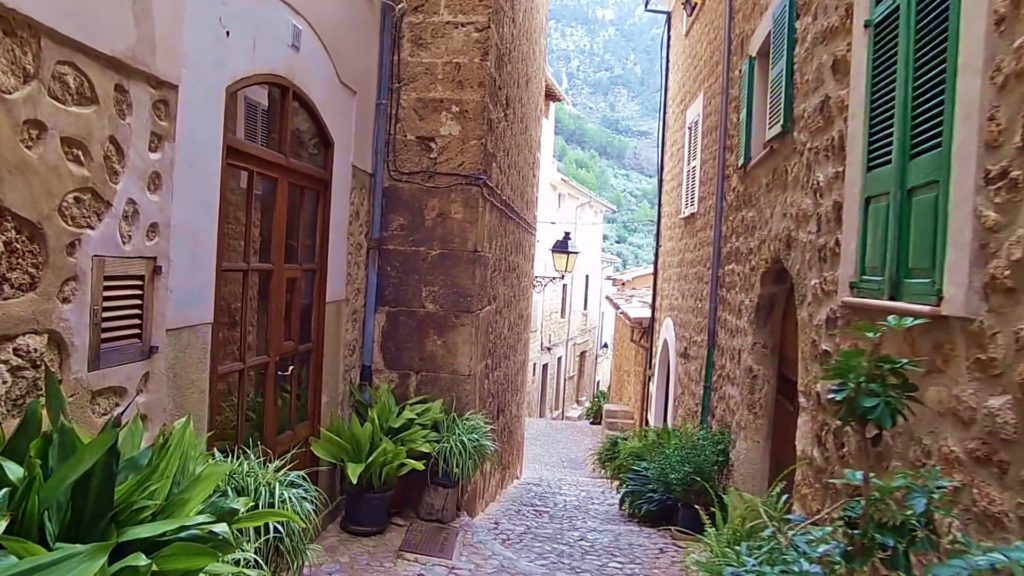