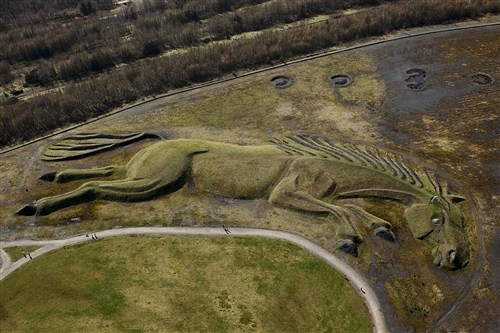 Underground coal mining is no more in South Wales, with the last deep pit having closed in 2008. That does not mean that mining has left no impression on the Welsh landscape, because the millions of tons of waste material extracted from the mines had to go somewhere, and that meant the construction of massive slag heaps that grew on the hillsides that separated the Welsh valleys in which the mines were sunk.

In the years since the mines closed, huge efforts have been made either to remove the slag heaps or to incorporate them into the landscape – usually by planting trees to stabilize them and stop them being the eyesores they once were.

However, some schemes have been particularly innovative, and one such can be seen a few miles north of Caerphilly on the site of the former Penallta Colliery. This is a land sculpture of a pit pony, created by Mick Petts, a Welsh artist who has produced a number of similar works in other places. 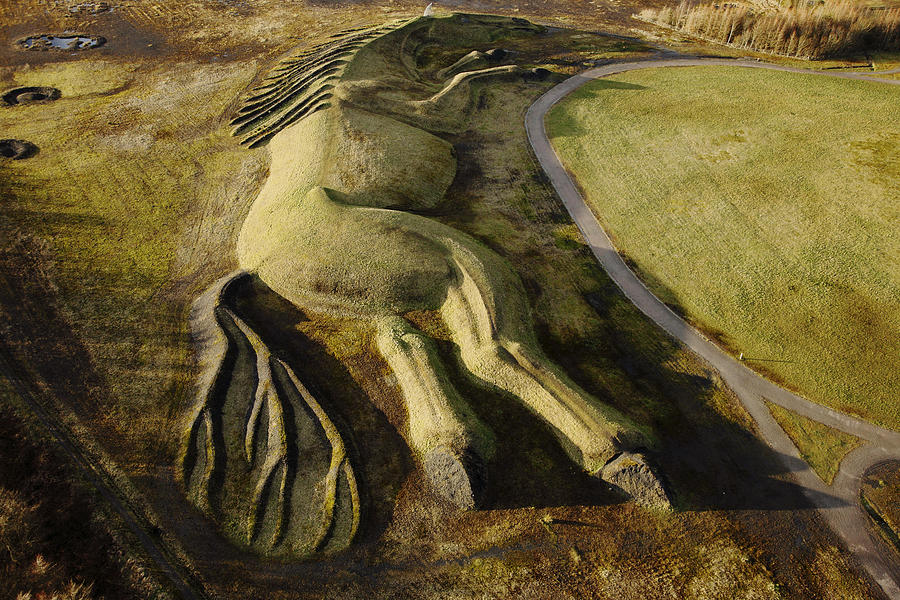 What he did was to spread the slag heap material into a curved mound some 200 metres long and sculpt it into the features of a pony, including its mane, tail and hooves. The project took three years to complete, from 1996 to 1999.

The sculpture is a memorial to the many thousands of ponies that were used to pull coal trucks deep underground. This was a practice that declined during the later years of Welsh mining, although there were several retired ponies still alive at the time that Mike Petts was creating his sculpture. It was one of these – Sultan – whose name has transferred to the sculpture. 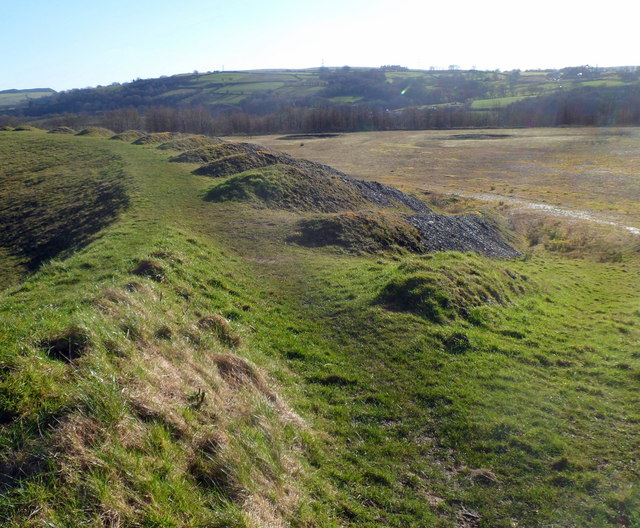 Sultan the Pit Pony has a secondary function, which is to provide a windbreak for the otherwise exposed playing field that is also part of the re-landscaping of the Penallta colliery site. 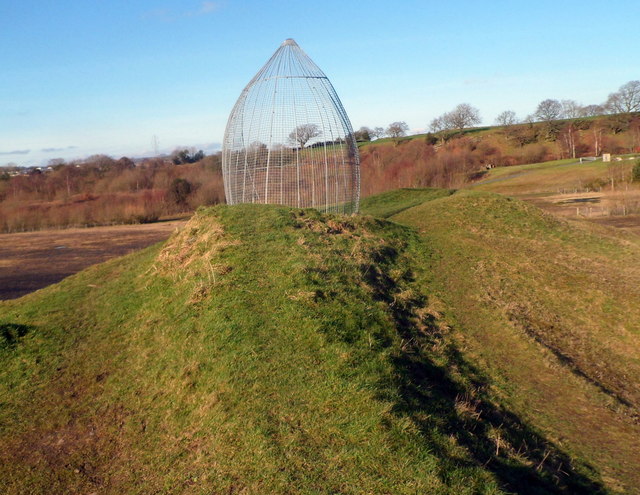 The site is open to the public and many people enjoy walking across “Sultan” from nose to tail tip!