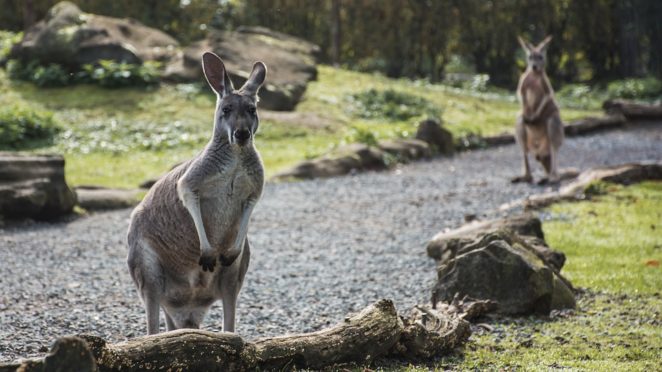 John, an English guy who lives in Australia and disapproves of the Aussies and their loud mouths, told me a few stories about waking up here in Pattaya (Thailand) dispossessed of his possessions. He called all the stories “Gone!” because he would go to bed drunk with a Pattaya bargirl and wake up the next morning without her, without the drunkenness, and when he checked his neck or wallet, without gold necklace or money. Hence “Gone!” It’s not that usual for Pattaya bargirls – especially the ones attached to well-known bars – to go in for creating short stories called “Gone!” 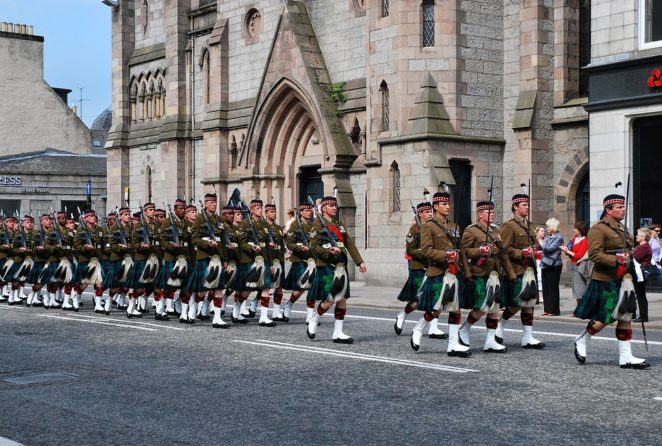 This guy John knows a certain David as Scottish as midges whose dour appearance is a constant reminder that roots are seldom if ever lost, and that we – or he – can live thousands of miles from bonnie Loch Lomond but remain as Scottish as drizzle. David is so well known here in Pattaya that he has to go on excursions to sois near Rayong to feel free to size up the local talent. What I find trying about David (apart from the fact that he doesn’t seem to like the written word) is his penchant for being set in his ways, his dourness (like haggis), and his failure to be anything but Scottish in Pattaya. However, he’s fallen on his feet and has a sweet partner who works in the local hospital and doesn’t know a bar from a Mars bar. Unkilted Dave has two or three houses here in the Land of Smiles, family and property in Australia and Scotland, and has even invested in a money-lender (Isaan shark) who gets 20 % on top of monthly pay-backs. So honest and paradoxical is this Isaan money-lender that he gives David monthly money which David gives to  his partner as the monthly retainer-fee we long-stay farangs almost always give to our live-in ladies. So David is sitting pretty. BUT on one memorable occasion he stopped a group of friends, demanded 100 baht, refused to say why till the dosh was handed over, was so adamant and vehement in his order that he did indeed get 500 baht, then immediately ‘phoned his Thai lady to tell her he had collected contributions for the hospital charity. What I say is why not invest in another rip-off in the Isaan and let the poor he is already ripping off pay for Pattaya hospital charities? Indeed, I don’t really say it but I know if I borrowed money, had to pay it back, and had 20 % on top in interest, I’d be so poor for a good few years I could become a concern for charity myself! 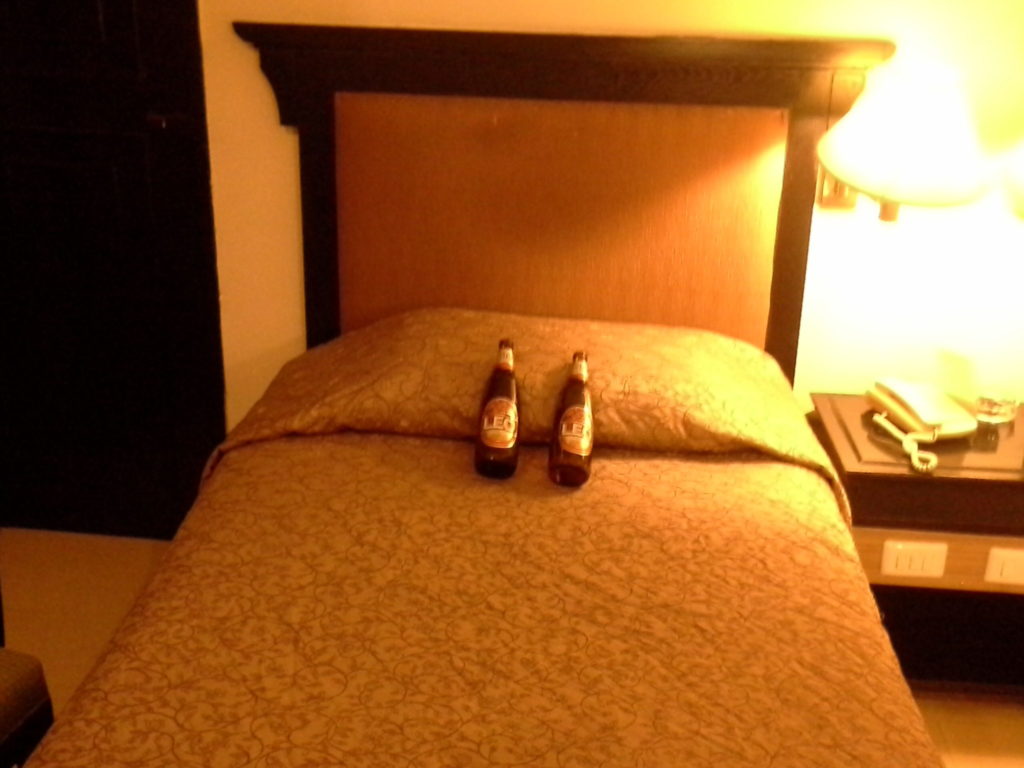 Therefore, to return to my opening chappie, John, and his “Gone!” stories, I submit two honest bed-fellows, photographed beside each other, on a swish bed in a swish hotel. There’s no hanky-panky going on and my two bottles are emptied of passion. They’ll rest all night in their single bed and when I get up from my double bed beside them tomorrow morning, I won’t shout out “Gone!” because bottles of Leo do not nick money or gold. They merely nick the old liver – but just a bit.