Downing Street is at the heart of Britain’s government buildings in London, but the man after whom it is named surely does not deserve to be commemorated in this way.

It is not a very long street, consisting of a cul-de-sac leading off London’s Whitehall between the Cabinet Office and the Foreign Office. However, it contains two particularly well-known addresses, these being the Prime Minister’s official residence at Number 10 and that of the Chancellor of the Exchequer at Number 11. Behind their famous front doors lies a warren of corridors and offices in which the business of government is done, with the actual living accommodation only occupying two modest apartments on the upper floors.

You will be hard pressed to find numbers 1 to 8, which have long since disappeared, although there is a Number 9 which houses the office of the Government Chief Whip, and Number 12 which is the Chief Whip’s official residence. 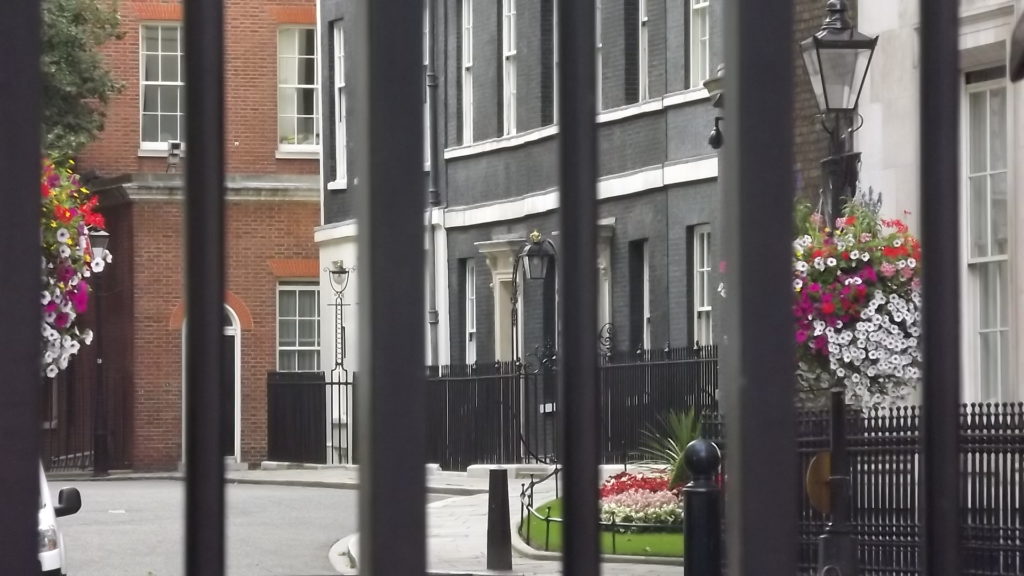 George Downing was born in Ireland in 1623. He was a nephew of John Winthrop who was one of the founders of the Massachusetts Bay Colony. Downing went to America to study, being one of the very first graduates of Harvard College.

On returning to England he joined the rebellion against King Charles I and served Oliver Cromwell as the organiser of a network of spies. During the Commonwealth period after the execution of King Charles, Downing held office in the Treasury and was one of those who tried to persuade Cromwell to declare himself king, but without success.

Downing was in Holland as an ambassador when Cromwell died and his son Richard failed to continue the Republican dynasty. Sentiment in England had changed, leading to the enthusiastic welcome given to the restored King Charles II. This clearly presented a danger to someone who had been a loyal supporter of Cromwell.

However, Downing was able to persuade the new king that he had mended his ways and would be as loyal to him as he had been to Cromwell. He also had some secret documents in his possession that he was happy to hand over to the king as proof of his good intentions.

The trick worked, even to the extent that Downing was knighted, given his old Treasury job back, and also granted a tract of land near St James’s Park that included the present site of Downing Street.

While in Holland, one of Downing’s roles had been to track down royalist enemies of the Commonwealth. Now that he was the king’s man he proceeded to betray several of his former colleagues and friends who had escaped to Holland. These were men who had signed Charles I’s death warrant and whose own lives were now forfeit. By arranging their deportation back to England, Downing was condemning them to death.

Further honours came Downing’s way, including a baronetcy, a seat in Parliament and considerable wealth. He died in 1684.

Samuel Pepys considered Sir George Downing to be “a perfidious rogue” and it is not difficult to see why, although Pepys was also a loyal government servant under King Charles II. Nobody loves a turncoat, especially one who was willing to betray his former friends and cause their deaths in order to gain power and wealth for himself.

However, it was on his land that the street was laid out that contains some of the most important buildings in London, and the name has never been changed. Some might say that the twists and turns that government ministers perform in their day-to-day business is being done in a place that is well named, given the slippery character of the man whose name the street bears to this day!