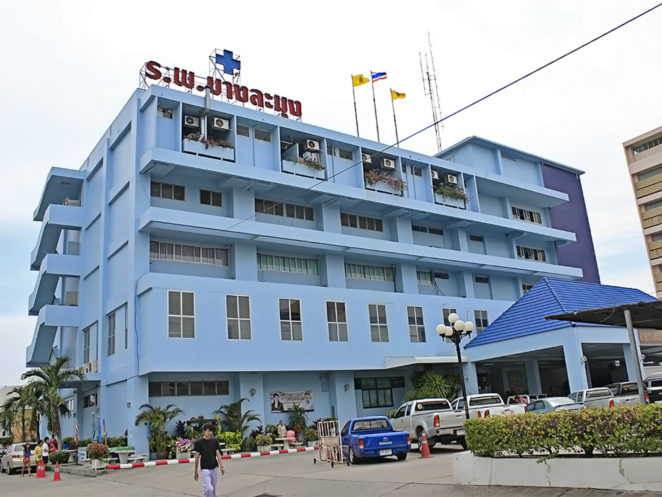 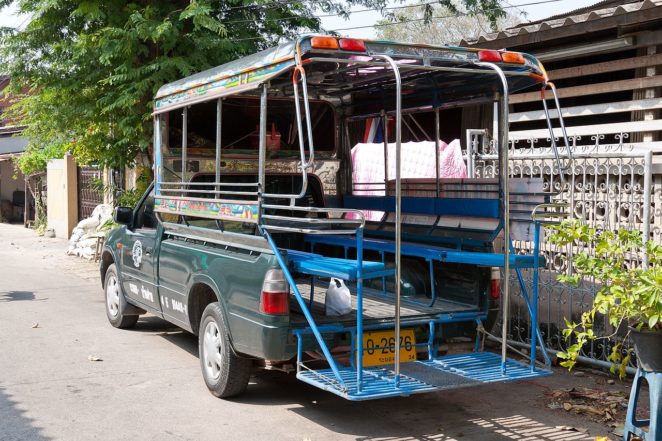 Well, everyone thinks riding a motorbike in Pattaya is dangerous, and guess what? Everyone’s right. But what about crossing a road? Is that dangerous? How many punters out there have been knocked off their knees by a speedy songthaew or a Honda Accord, or come to think of it by a glistening, brand-new, Honda 50 CC? Nobody? Well, that sure doesn’t surprise me!

Some years ago, an obnoxious farang was crossing Second Road at the height (or depth) of Soi (short-time) Six when he was accosted by a motorbike as he ran past a songthaew. He made it to the curb but horizontal. Taken to Banglamung Hospital with a broken hip, complications set in and carried him off at the ripe, old age of seventy!

But, generally speaking, no one gets knocked down here in Pattaya (except the curled-up Russian girl on Soi Buakhao I saw some years ago, waiting for an ambulance whilst her motorbike-taxi assailant, clad in orange, tried to sneak away).

It may therefore come as a surprise that yours truly was almost gotten by a big coach on Third Road. Yes, I was in the middle and a monster-coach bore down on me, hooting maniacally. If I had stepped back I’d have stepped into a spate of speeding motorbikes and going forward, yes, under the wheels of maniacally-hooting bus. He swerved back in towards the left, his left, leaving me in one piece, which was in (punning) peace. 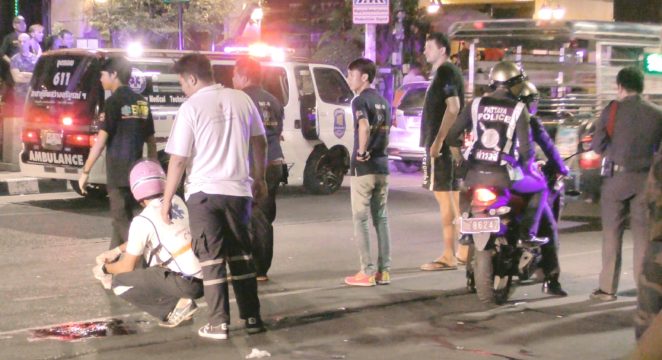 Now, just this evening, I was crossing Soi Siam Country Club when a considerate guy halted to let me pass. I was already contemplating my frailty (read mortality).

Though few, if any of us, have seen a Pattaya pedestrian upended, it surely happens, and it could have happened to me tonight on Soi Siam.