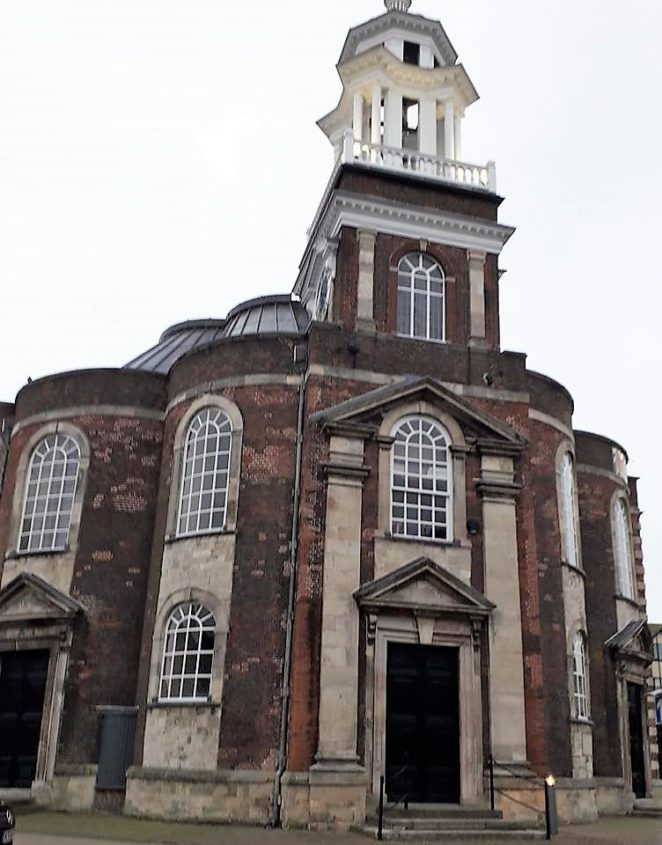 This picture is of St Georges Theatre in Great Yarmouth, Norfolk.  The building is situated in the heart of the town and has a long and colourful history to it.  If walls could talk, I’m sure it could tell us some very interesting tales.  Built in 1711, Gt Yarmouth put in a petition to Parliament to build a place of worship.  And in 1714, this building was built as a church.  The architect was a man by the name of John Price.  In 1959 it fell into disrepair.  Although listed as a Grade 1 building, it was still set to be demolished.  From the 1970’s onwards though it has been used as a theatre.  In 2006 it had to close for a while due to severe structural defects.  But it re-opened again in 2009 with plays and shows going on ever since.

It has recently been in the local news as it was at risk of closure as the theatre management put in a bid to the local council for funding.  Thankfully though, they got this funding and remain open – for the next 3 years at least.  I have been to 1 or 2 shows here and I’ve really enjoyed it.  Although it’s a small theatre, it only seats about 200 people, it’s really lovely.  I feel like I’m stepping back in time when I walk into this building.  It’s so beautiful.  I hope this will remain open and people will support it.  Personally, I love this little theatre and the eclectic range of shows and plays they have on.