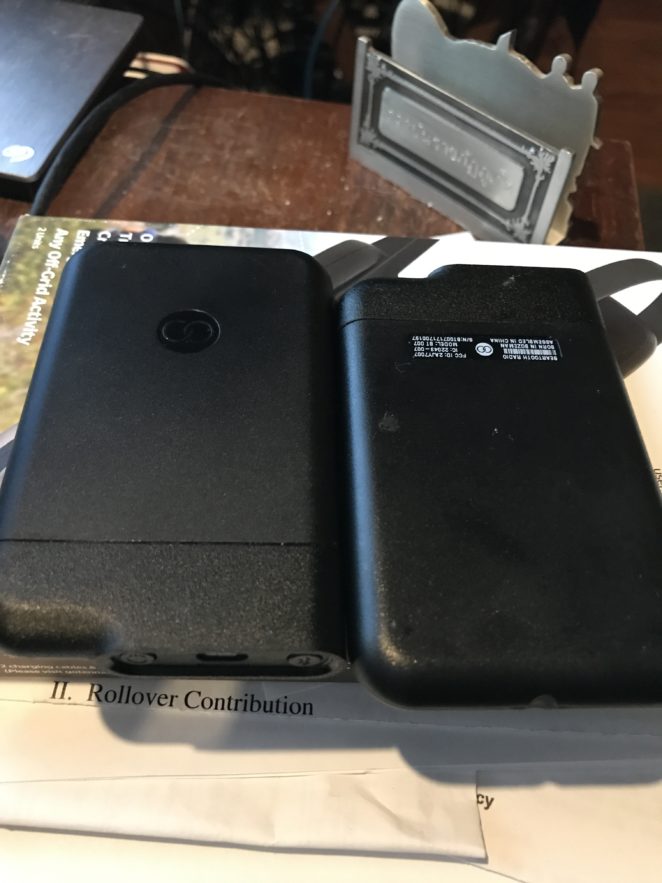 Useful technologies that are now available. First of all, back in the day the concept of a push to talk (originally on Motorola Phones, but that is only natural as Motorola was one of the leading companies in the creation, development, and improvement of handheld radio systems).  Push to talk was interesting but not a feature that was going to change the market. In fact, it Langa gusted for awhile. Primarily a Sprint feature it never really caught on. In part because while interesting, you were still bound to the cellular provider. You could reach someone instantly with the press of a button and as we did when we were children, push to talk, release to listen.

Two products that are now available and frankly are incredibly interesting in the push to talk space are Gotenna and Beartooth. First off interesting because they provide a platform for push-to-talk communication. Android phones and iPhones can communicate with each other, using the push to talk functionality of the native applications for both products. But there is more, the value proposition of the two products is that they release you from the cellular connection required in the previous push-to-talk implementations carriers had.

Up to ten miles away, or family radio range, without an FCC license. That means you can talk to your other party members, or other people with the Gotenna or Beartooth systems up to ten miles away even with NO CELLULAR SIGNAL AT ALL. No bars, not a problem just push-to-talk!

GoTenna devices sharing for use later!

The two products took different approaches to the problem, and that is good. They don’t work together today (Beartooth can’t communicate with GoTenna), but one can hope for the creation of standards that would allow them to communicate later on. For now, you buy one or a pair of the devices depending on how many people you are connecting. You can then connect your two devices, and you can connect your GoTenna to anyone else that has one. Same is true of the Beartooth, if someone has one, you can communicate without having a cellular connection.

That makes wandering an amusement part much easier and you don’t have to worry about bad cell areas. Plus you get the advantage of instant connection! Overall this growing product area (two companies already releasing their products with a few more announced) is an excepting new area!