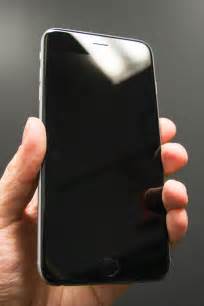 My initial review of the iPhone 8 plus. First of all, battery life is better than the seven-plus. I went all day yesterday without having to charge the phone, which is not something the seven-plus could claim. I like the new screen as well. I don’t like the glass like the back of the phone. It is slippery. Tha meant I had to put the phone in a new location for charging in my office. The new phone slides off the piece of furniture I have my lightning cable and an adapter connected to.

I did have to start over from ground zero, I was unable after some attempts, to load my old phone’s settings. That said some applications that I love store their settings in icloud so I net only had to set up a few applications. The issue I suspect in reviewing what I have installed is the reality of applications that are not currently supported or supporting iOS 11. I am at roughly 100 applications that don’t support iOS 11, and I think that is why my backup and restore failed. Too many applications that effectively don’t work with the new operating system is something I used to encounter with the PPC phone so shame on me for wasting time.

The reverse was true to taking my previous iPhone and giving that to my wife. I was able to upgrade, backup and restore her iPhone in less than three hours. The majority of the three hours was downloading the iOS 11 upgrade for her phone. Starting Thursday, I managed to upgrade two iphones, one iPad to iOS 11. I was able to switch two phone lines (mine and my wife’s), and by this morning other than the time I wasted troubleshooting something I should have just dropped, we are operational. I even connected my phone to my car. That allows me to listen to Audible Books on the long commute (as well as Sirius XM). All in all, not a bad upgrade process!