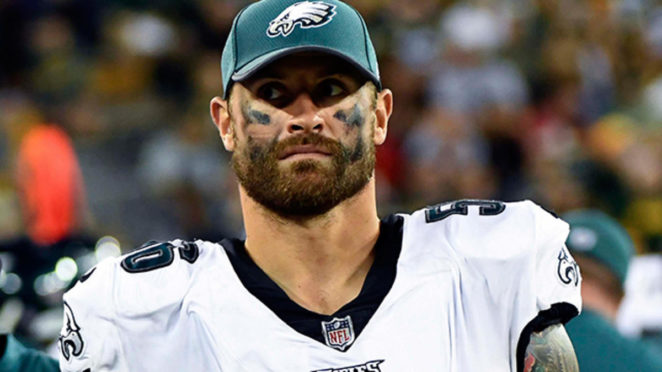 Philadelphia Eagles defensive end Chris Long is making a difference in the lives of people in his hometown of Charlottesville Virginia by donating his entire base salary for educational chances for students to get an education and become better citizens in the future.

The name of Long’s charity is called “Pledge 10 For Tomorrow” which is a nice gesture of his part to give back to his community as a way of saying “Thank you” to the people who assisted him to get through college and his career in the National Football League as a first round draft choice of the then St. Louis Rams who are now the Los Angeles Rams out of the University of Virginia in Charlottesville in the 2008 National Football League Draft.

At least one player in the National Football League is doing his part to improve his community with actions as well as his words. Three cheers for Chris Long.

The money that Long is donating from his game checks to give students of all races and creeds chances to get scholarships to college in his hometown of Charlottesville Virginia. He calls it equal rights for everyone in America.

I am sure Chris is doing this as an act of goodwill and not to get some good publicity from the sports media. It is very unusual for a professional football player to donate his entire base salary to a charity.