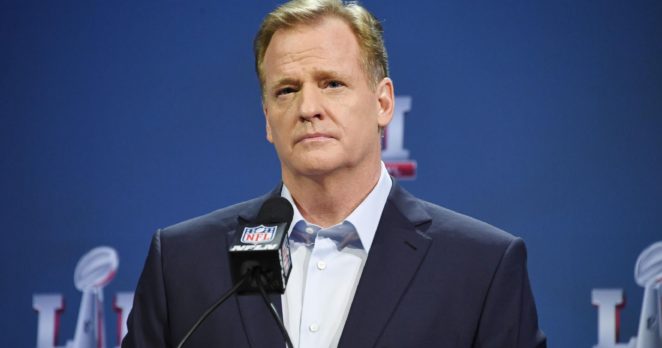 To the chagrin of Dallas Cowboys owner Jerry Jones who is not the greatest admirer of National Football League (NFL) Commissioner Roger Goodell who suspending his running back Ezekiel Elliott this year for his violation of domestic violence rules of the league when Ezekiel was accused by a female that Ezekiel allegedly hit her during his rookie year in 2017, NFL Commissioner Roger Goodell has signed his contract extension to oversee the landscape of the league through 2024.

Goodell has been the Commissioner of the NFL since September 1, 2006 after he succeeded former NFL Commissioner Paul Tagliabue has been able to oversee the growth of the league with the addition of Thursday Night Football as well as American football games that have been played in London England as well as Mexico City Mexico.

The majority of owners in the NFL voted to retain Goodell as the Commissioner Of The NFL with the lone vote against keeping Goodell as the NFL Commsioner by Jerry Jones who is the owner of the Dallas Cowboys even though the details of the votes from the owners was not revealed to the public.

The objections of keeping Goodell as the NFL Commissioner came from American football fans who are angry with Goodell’s “Hands Off” policy of forcing the football players to stand during the playing of the Star Spangled Banner without sitting, kneeling or raise their fist in the air to issue their grievances of mistreatment of minorities in America as well as police brutality.

Had Goodell not signed his contract extension at this time, his current contract would have expired at the end of the 2018 football season. I guess the owners of the league have heard of the saying “Know the Devil you serve.”