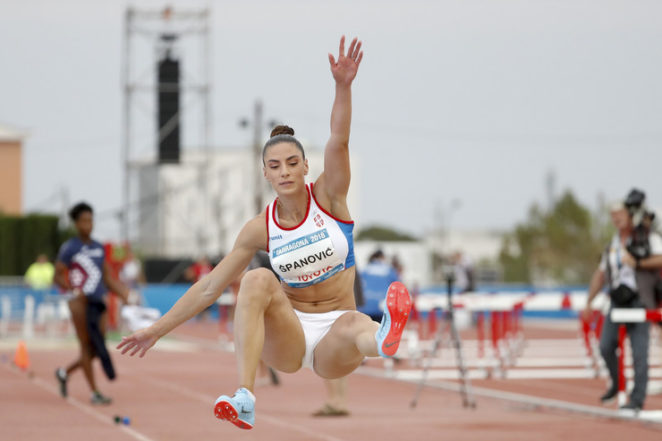 Even though we are sad now that Serbia has forgive off the Mundial in Russia, we were greeted by the news that our Ivana Spanovic won the gold medal at the Mediterranean Games in Tarragona(Spain). She achieved the best result in the first series – 7.04 meters, so she remained in the first place until the end of the competition.

The second and third places were won by Spanish-Ito Ebony with a distance of 6.83 meters and Diame with 6.68 meters.

Congratulations to Ivana .. and .. she could learn to play football. ??