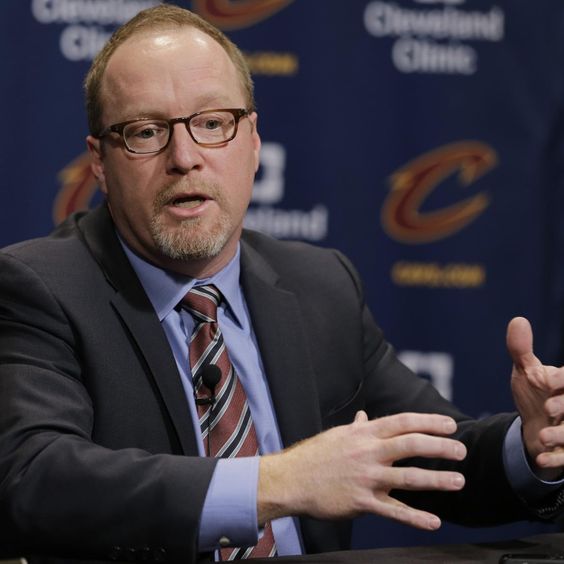 It must be tough for Cleveland Cavaliers fans to learn that their general manager David Griffin has decided to leave the team after he and Cavaliers owner Dan Gilbert decided it is to go their separate ways after three seasons on Tuesday.

I can see the Cavaliers fan base saying in the words of a young baseball fan who uttered to famous words “Say it ain’t so Joe”. to former Chicago White Sox outfielder the late “Shoeless Joe” Jackson.

I hate to tell you this Cleveland Cavaliers fans but as long as Dan Gilbert owns the basketball team, it is like having to be a super hero like Superman. You have his strengths as well as his weaknesses.

Or in the phrase from the “Aladdin” cartoon movie “He who has the gold, writes the rules.” In the case of Gilbert, he decided not to renew the contract of Griffin to stay and continue his work of getting the Cleveland Cavaliers back into the National Basketball Association (NBA) Finals in the near future.

For the sake of Cavaliers fans, just hope that Gilbert is able to find another general manager to replace Griffin who will be able to keep up the work of keeping the Cavaliers in contention before the contract of Cleveland Cavaliers forward LeBron James expires at the end of the 2017-18 basketball season.

The Cavaliers ownership reminds me of the joke of the late Mexican super hero The Crimson Grasshopper who was played by the Mexican comedian Roberto Gomez Bolanos alias Chespirito when the person that asked him to help them get out of a jam would complain that the Grasshopper was goofing off on the job.

The Grasshopper would then tell the person who accused him of goofing off “Why hire an alien like Superman to assist you when you have a national hero like myself to get out of this jam. I have never been defeated.” Could you see Marvel super heroine Squirrel Girl tell the Crimson Grasshopper “Sure Grasshopper and I am your niece.”

I guess New Orleans Saints fans tell it best when they get on the talk radio shows after their football team loses a football game. The comments that stand out like a sore thumb are “We are diehards and masochists.”