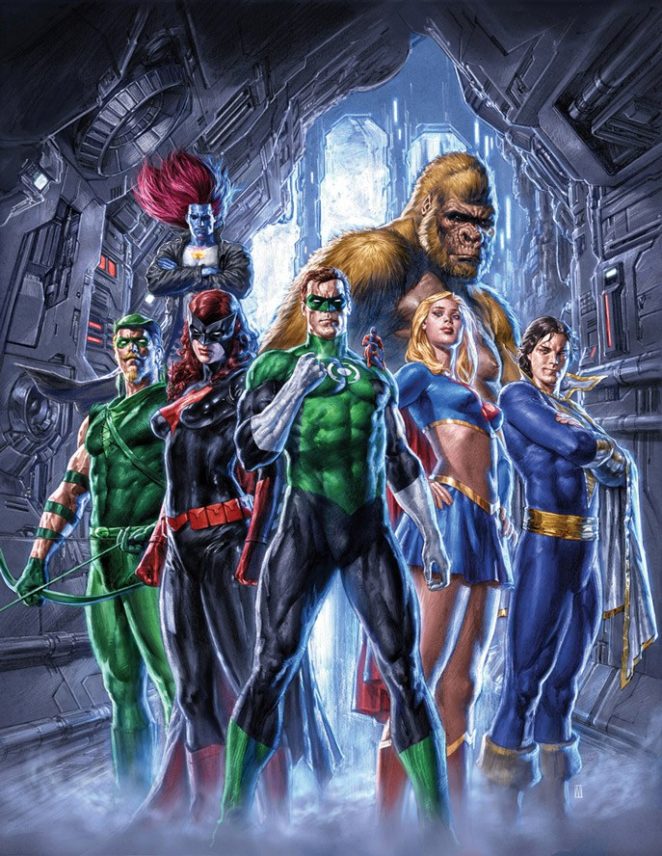 The Justice League movie which is scheduled to be released in theaters on November 17, 2017 hype is starting to pick up on Tuesday with a tease that the team members of Wonder Woman, Aquaman, Cyborg, Wonder Woman, The Flash and Batman will have most likely in a cameo role one of the original members of the super hero group which is drum roll please…Green Lantern who is secretly test pilot Hal Jordan.

The reason that Green Lantern is not exactly on the list of the original roster of heroes that will be battling Steppenwolf as the main villain is that actor Ryan Reynolds that came out in 2011 was a box office bomb.

So maybe the D C Entertainment Universe (DCEU) has decided to tease their fan base that a member of the original Justice League team is being kept secret to create buzz for the new motion picture for the public to see when it comes out in November 2017.

I saw in the news reports that they were complaints that Green Lantern movie that starred Ryan Reynolds who is Caucasian should have starred a Black actor since John Stewart who is the recent Green Lantern in Black.

Did that anything to do with the fact the original Green Lantern flopped in the box office in 2011? You make the call. Okay so Green Lantern is not exactly in the same breath as Superman, Batman and Wonder Woman as the faces of the D C Comics universe. Nevertheless Green Lantern is a member of the Justice League team.

As for me personally, since I am a fan of the Super Friends cartoons as well as D C Super Hero Girls cartoon series as well as Wordgirl, DCEU can say to me that Panama Squirrel will make a cameo appearance in the movie and I will still reject it since the live action motion pictures are not the same as seeing a cartoon movie that aimed at kids or teenagers. I mean I am still looking for an artist to draw what she looks like.

In my view of entertainment I would rather put up with an actor or actress doing the voice of the character than seeing them in front of the cameras. Just my view of course.