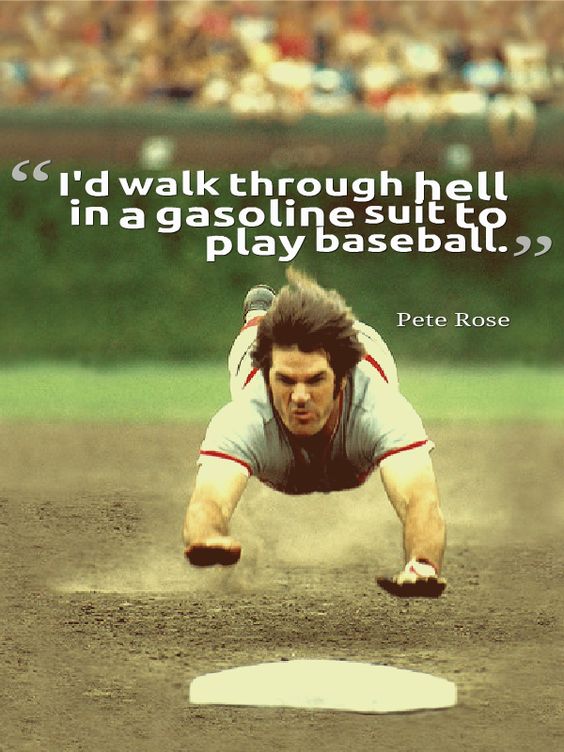 Former Cincinnati Reds, Philadelphia Phillies and Montreal Expos outfielder and first baseman Pete Rose has a statue of himself outside the Great American Ball Park that was unveiled in his honor on Saturday.

Even though the mainstream media are not his greatest fans due to Pete being tough on them during his playing days in the Major Leagues, he deserved the honor of having a bronze statue of himself unveiled in his hometown of Cincinnati Ohio.

Rose has been banned for life by officials of Major League Baseball since 1989 since he committed the unpardonable sin of gambling on his own team during baseball games.

The media decided to try to ruin the image of the player who has the nickname “Charlie Hustle” due to his passion of playing baseball that has not been matched ever since with his hard nosed style of play which today would be frowned upon by the news media today.

Rose did confess a few years ago after many years of denial that he gambled on baseball which is forbidden by the officials of the Major League Baseball who slap on the wrist when they engage in using performance enhancing drugs or domestic violence.

I fear that will be when Rose has passed away since his relationship with the sports media was not a bed of roses. At that time the sports media who showed their anger at Rose will feel sorry that they not heed the advice which goes “Know the Devil you serve.”