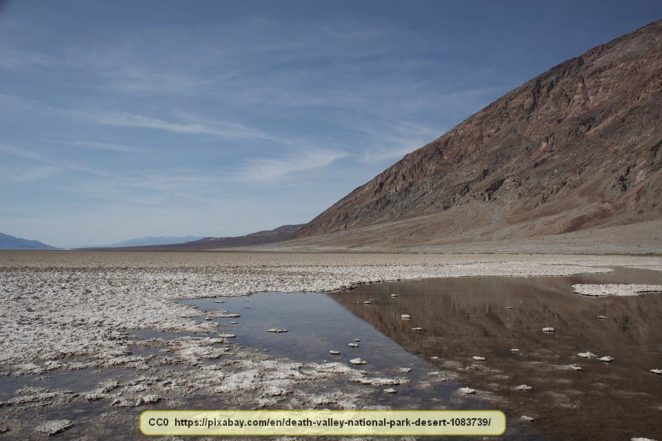 When it comes to hot, dry places, few places on Earth can compare to Death Valley, California. This place is 3,000 square miles of land located in the northern part of the Mojave (pronounced mow-hahv-ee) Desert in the southwest part of the United States. 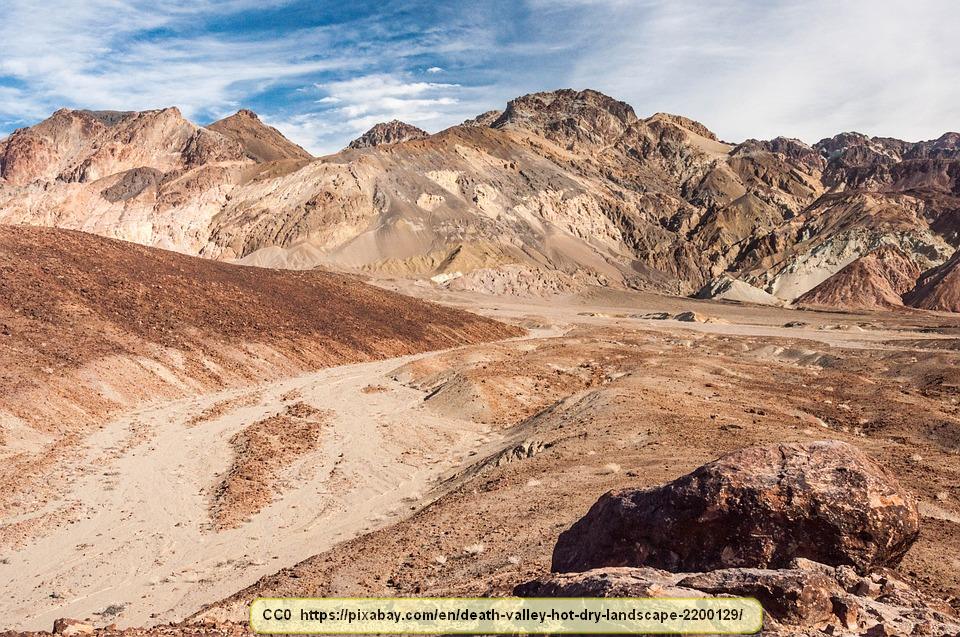 Death Valley and Death Valley National Park are record-setting places of contrasts. To begin with, Death Valley is located a little less than 85 miles south of the highest peak in the lower 48 states, Mount Whitney, which is 14,505 feet high. Yet Death Valley also has the lowest point in the US at 282 feet below sea level.

Seismic faults run through the area and are responsible for the low elevation. Because of seismic activity, a large block of land dropped in elevation and this is Death Valley. Such a seismic feature is called a graben. Curiously, Death Valley also contains mountains, in addition to the lowest point in America. The highest mountain in Death Valley is Telescope Peak at 11,043 feet.

Death Valley National Park is the driest national park in America, though it gets more precipitation than some deserts. 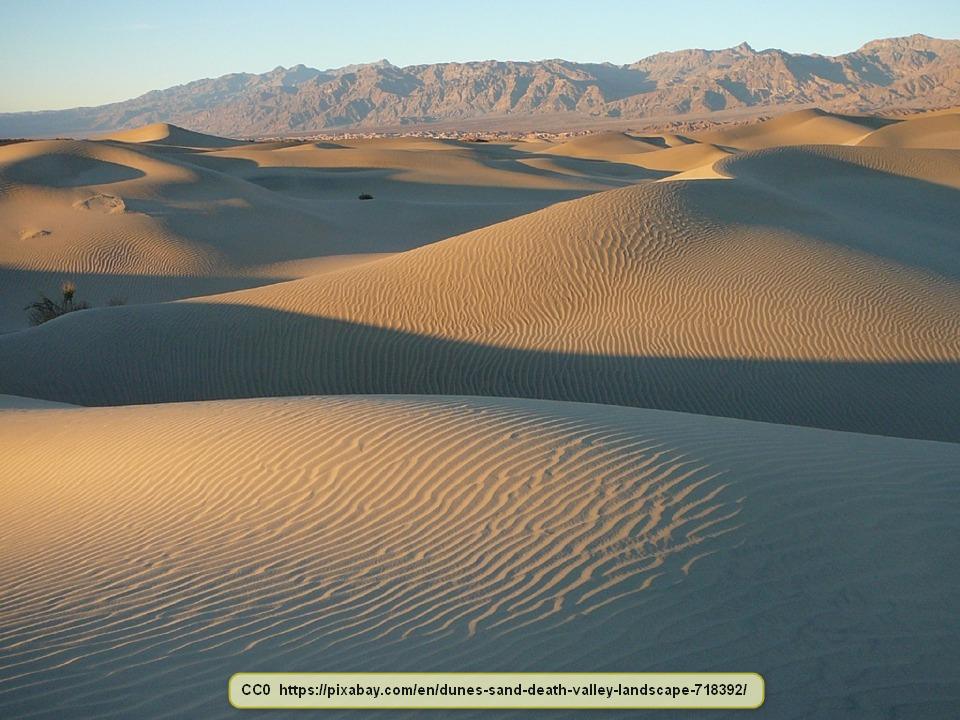 Despite this, Death Valley experiences flooding. This happens when a lot of rain falls all at once and this usually causes the formation of a shallow lake. In fact, as this is being written, some of the visitor attractions in the park are closed due to flooding. One of those, called Scotty’s Castle, isn’t slated to reopen until 2020. Amazingly, there is also a current extreme heat warning at the national park as temperatures are forecast to be over 110 F / 43 C.

If you have plans to visit Death Valley National Park, it is a very good idea to check the park’s website prior to your visit, to be aware of any warnings that might be in place. Alternately, visitors can contact the park by telephone at (760) 786-3200.

This is more information regarding one of the answers to a question in the desert quiz.