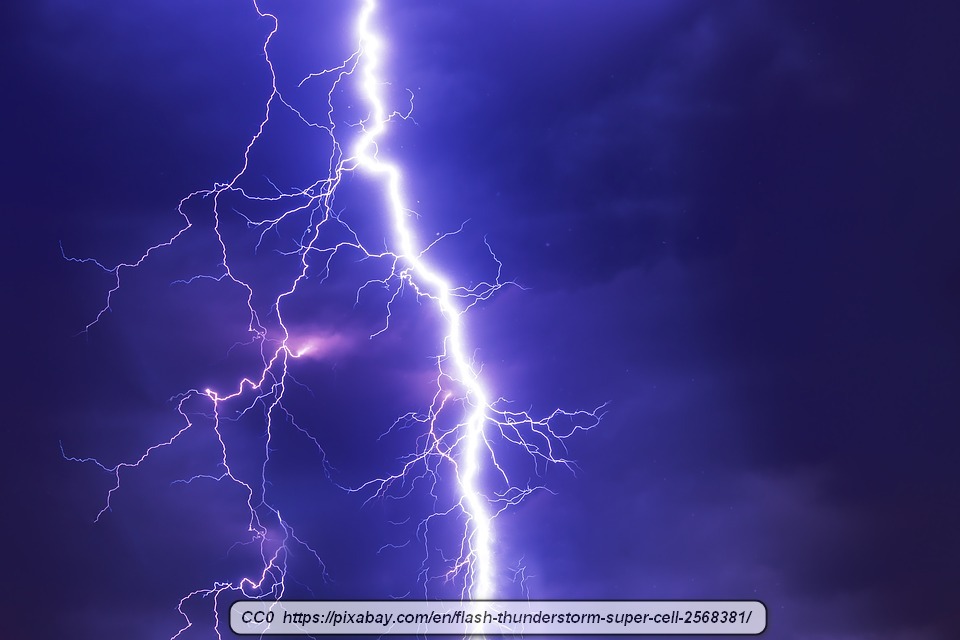 Lightning has long been thought of as ‘nature’s fireworks’ and people from all over the world have been awed by or frightened by lightning for an extremely long time. Atmospheric scientists have understood the cause of lighting for a lot of years. However, the anatomy of a lightning strike has only been truly understood for several decades. 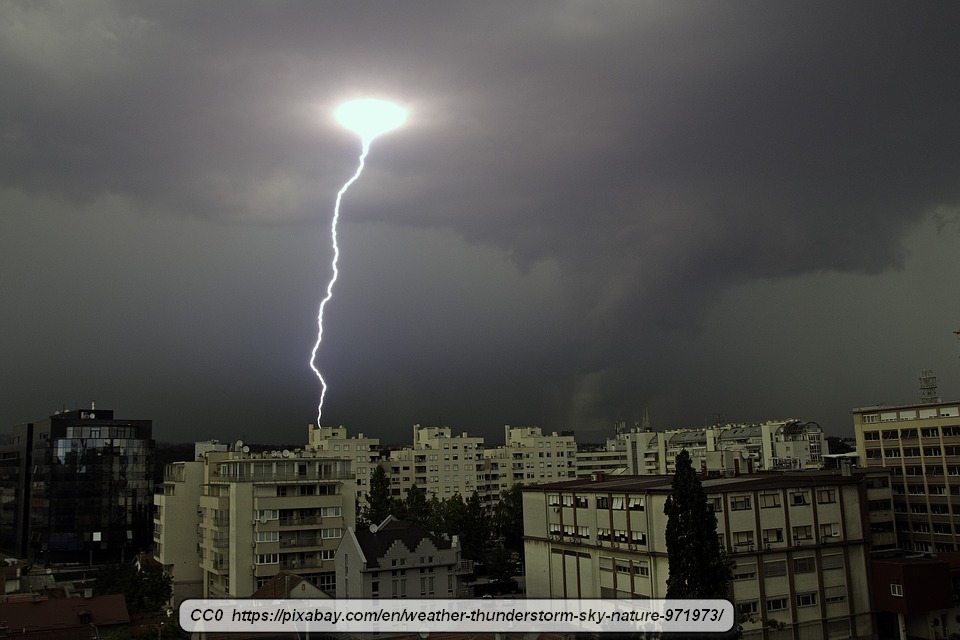 Putting it as simply as possible, lightning is caused by a buildup of static electricity that creates an imbalance in electrical charges. The lightning can be thought of as a spark between the two charges that equalizes the charges to a degree.

This is the same thing that is responsible for the shock you feel when you walk across a carpet and then touch a grounded metallic object. You are picking up static electricity and when you touch the object, there is a discharge to equalize the positive and negative charge.

Lightning is just on a much vaster scale. Also, since the charged area is quite large, it can take many lightning discharges for the negative and positive charges to equalize.

The beginning of the strike 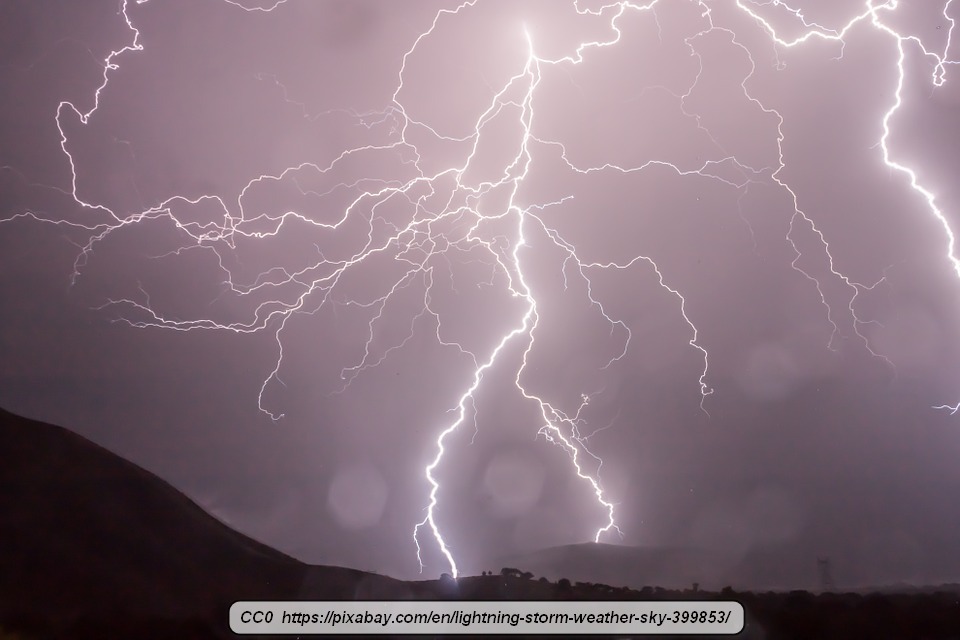 In cloud to ground lightning, once the cloud has picked up enough negative static electricity, mostly from friction, it shoots out a narrow impulse of negative electricity. This stream of electricity zigzags its way toward the ground, which is positively charged.

This narrow conduit is called a stepped leader. This follows a path of least resistance, which is part of the reason for the zigzag pattern rather than a straight line since there are numerous air currents between the cloud and the ground, each carrying air of varying electrical charge. The path typically moves about 50 yards or so in a straight line before changing direction, thus creating the zigzag. This is also why a lightning strike can occur up to almost a hundred miles from the cloud that generates the stepped leader.

The stepped leader moves with incredible speed, moving from the cloud to the ground in less time than it takes you to blink your eyes, despite the distance involved. You won’t notice it, though, because the stepped leader is so small and brief that it can’t be seen. Put in another way, the return stroke is so brilliant that the dim stepped leader is overwhelmed. 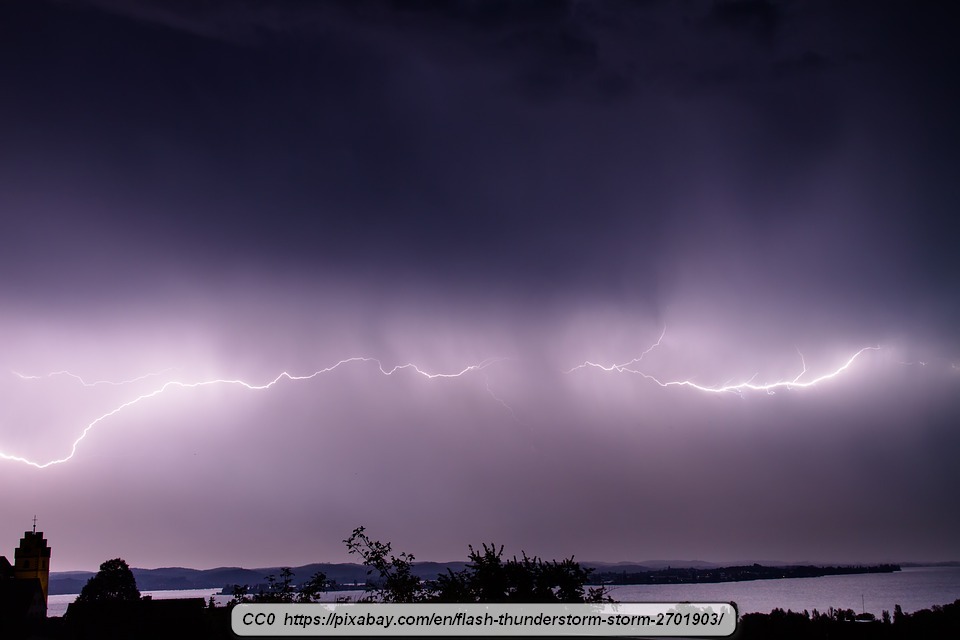 When the stepped leader is near the ground, it makes contact with a positive leader. Instantly, the current is formed. The fact that there are many positive leaders is the reason that lightning doesn’t always strike the highest point in the area.

When the two leaders connect, it forms a complete electrical circuit, which allows an intense electrical spark to move from the ground to the cloud at more than 50,000 miles per second, following the conduit.

The electricity doesn’t just go from the ground to the cloud only once, but rather in pulses. It is the pulses of electricity that we see as a lightning flash and this is why a typical lightning strike appears to shimmer as pulse after pulse of electricity moves up the conduit.

Because of the way the current flows, the net result is to lessen the negative charge of the cloud. However, since it is the return strike that we actually see as lightning, it would seem that the strike is ground to cloud rather than cloud to ground. Still, the initial leader does come from the cloud, so it really is cloud to ground lightning.

It can be mentioned that the return strike can move the other direction and sometimes does. This is just not common.

Once the electrical circuit is complete, the current moves so fast that it can appear that most of the energy is moving from the cloud to the ground, too, even if it isn’t. Part of this is an illusion, too. The current channel is normally less than two inches in diameter and the lightning strike is rarely over four inches.

Still, the energy released in each lightning bolt is tremendous. A single lightning discharge can contain over a million volts of electricity and it can generate temperatures of 35,000 to 40,000 degrees F. Astonishingly, according to NASA, there are about 40-50 lightning strikes on Earth every second; every minute of every hour of every day.