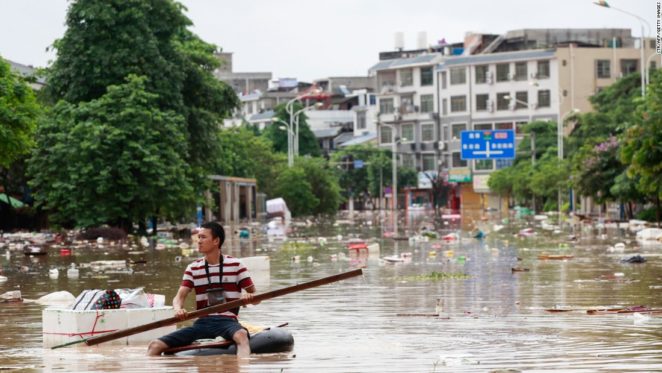 This article is titled OMG 137 million people’s lives are being put at risk in Asia. Why is this happening in Asia? Probably political changes has a major influence in climate change and global warming. In January this year,  in South China, more than a 12 million people’s houses were flooded as flood waters rose for yet another year. In the following images you may see how one 28 years old mother had lost her house, one man who is trying to rescue the animal one the street. Also, you will have the chance to see how one man is using an improvised flotation, how one children is trying to save his life but however he is smiling. All of the following images are heartwarming and sad.

People living there needs to be prepared for the worst to happen, even if the major damage. A new report outlines the dramatic changes Asia-Pacific nations would face if climate change is allowed to continue unchecked. I hope that somehow this problem will be solved and people will be rescued as soon as possible.