In New Zealand we don’t have Nuclear Power plants, neither do we wish to go down that road. Yes, we still have coal power plants, such as this one in Huntly.

If you want effective replacements to that which pollutes, first create alternative work for the same people employed by the former power plant by creating a natural power plant.

We rely on Hydro electric power and are spreading out to other power sources, there has also been thermal electric power , natural gas and wind power. Some private people have solar tiles to add to their power supply.

I only have photos of 2 sources. There is talk of putting in a type of power supply to catch the power of the tide of the Kaipara Harbour, the largest and swiftest tides in New Zealand. It’s being discussed. 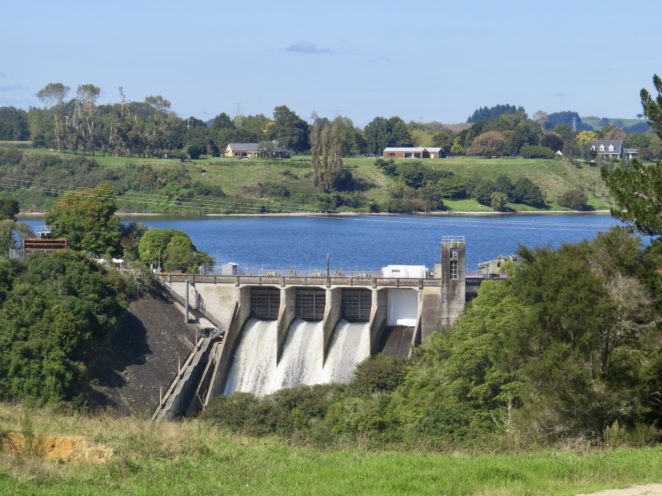 That is what a hydro electric dam looks like. It follows the Waikato river, and the turbines that capture the energy are under the falls you see. 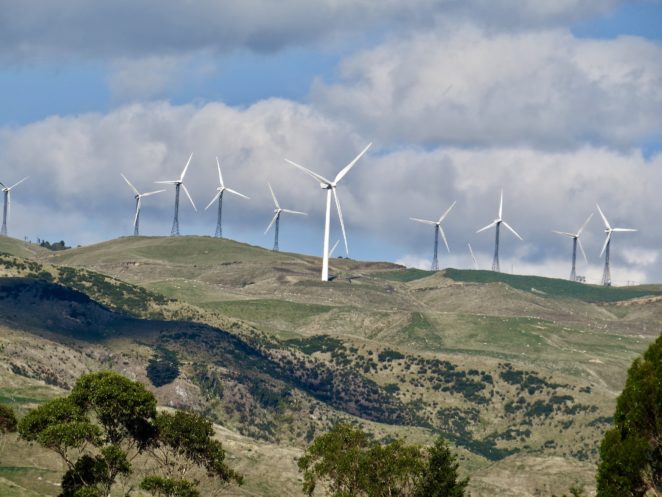 On the way to Manawhatu Gorge. There is a wind farm on the hills.

The road through Manawhatu Gorge is now closed and an alternative route to Palmerston North is there instead.