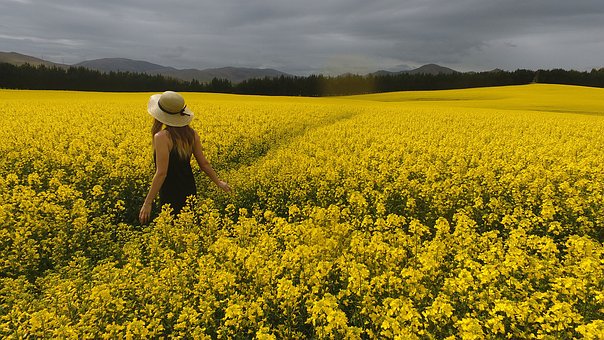 Amid the heated controversy over canola oil, critics of canola oil hasten to point out that it is a byproduct of rapeseed, several species of rapeseed contain high levels of erucic acid. This is a toxic substance that when consumed in large quantities, can be deadly to humans, according to Katherine Zeratsky, a registered nutritionist and licensed dietician from the Mayo Clinic.

While the toxicity allegations about rapeseed and erucic acid have a measure of truth, certain realities have been overlooked. Canola oil for human consumption is being extracted from special hybrid rapeseed cultivars. According to Catherine Zeratsky, these hybrid cultivars are now formally being recognized as “special canola plants”, bred specifically to reduce their erucic acid content.

ADDENDUM: 2020- Unlike ordinary canola plants, these hybrid plants have much lower levels of erucic acid. In spite of these new facts, consumers would be well advised, to continue moderating their use of this oil.