This is a Bell Bird that lives on Tiritiri Matangi Island, which is a bird sanctuary. Its one beautiful bird and often competes for the sugar water that the Stitch Bird also likes.

The Bell Bird is an endangered bird, so you won’t see it on the street of common every day New Zealander. When people emigrated to New Zealand from the United Kingdom they brought with them English animals, because all New Zealand has as native birds 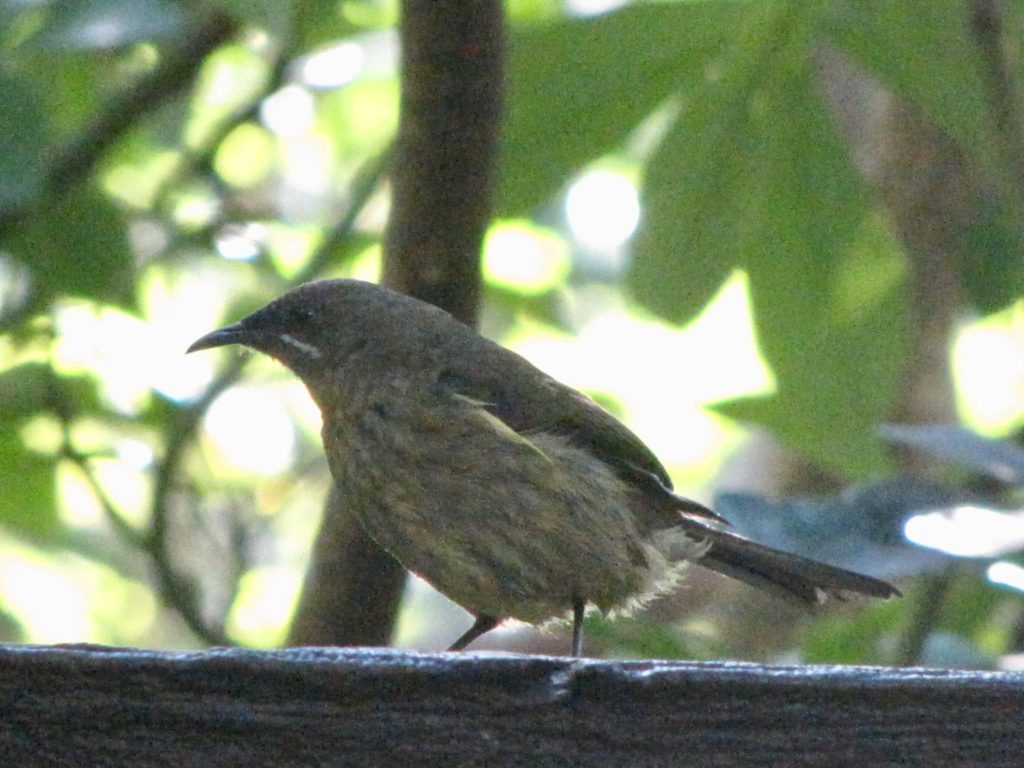 The animals that were introduced to New Zealand has contributed to the extinction of many of New Zealand native species. If you look it up you will find quite a few birds now extinct, that will never return because the introduced species have killed the lot of them.

If it were not for some dedicated New Zealanders that are interested in preserving the bird species, a lot more would now be extinct. There are organisations such as Bird Rescue, NZ Conservation and many scientists that are specialists in this subject.

Introduced pests are rats, cats, dogs, mice, ferrets, weasels, stoats, opossums (from Australia) deer and others.These native birds formerly did not know predators and some that nest on the ground are easy prey. 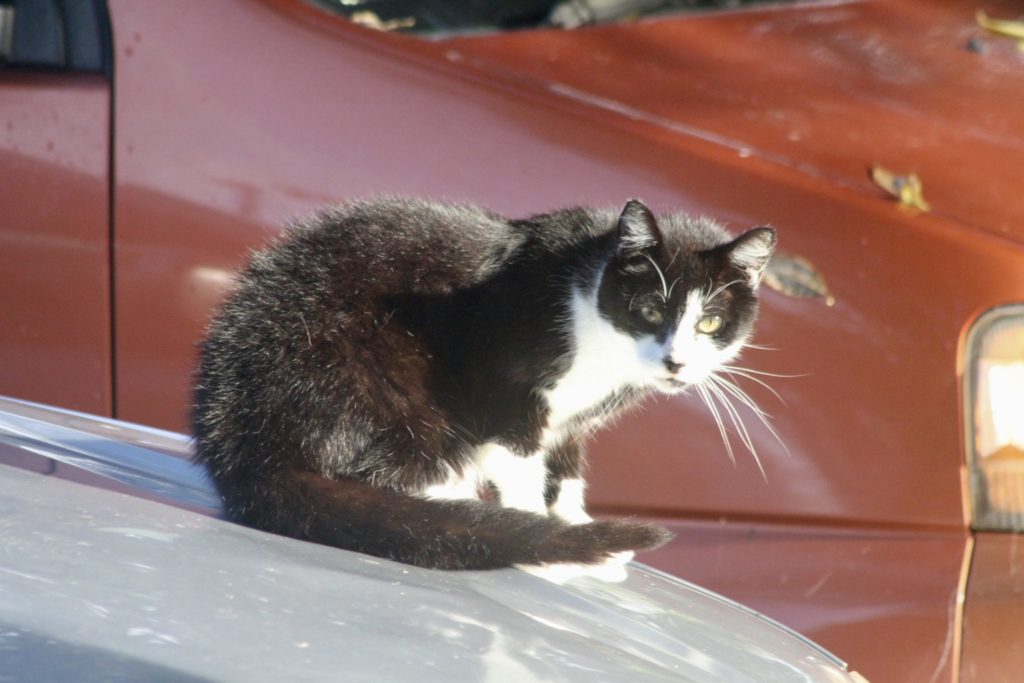 These are a threat to our wild unique beautiful bird life. They will not stop killing birds because it is their nature. They are even more a threat, when people dump an unwanted cat on the road in the country or the road and abandon them. The cat kills some birds, but has to compete with other feral cats, the feral cat often slowly dies of starvation or is knocked down and killed by cars.

Fortunately for Harry pictured here, he is feed but he is very good at catching and killing mice, and several birds in the neighbourhood. As much as I love cats, they are born bird killers and because of them, many of New Zealand birds now are extinct they will never return again.

For the reason of cats owned by lonely people who need them, many of these beautiful birds will never return to the mainland of New Zealand and have to live their lives in a bird sanctuary. 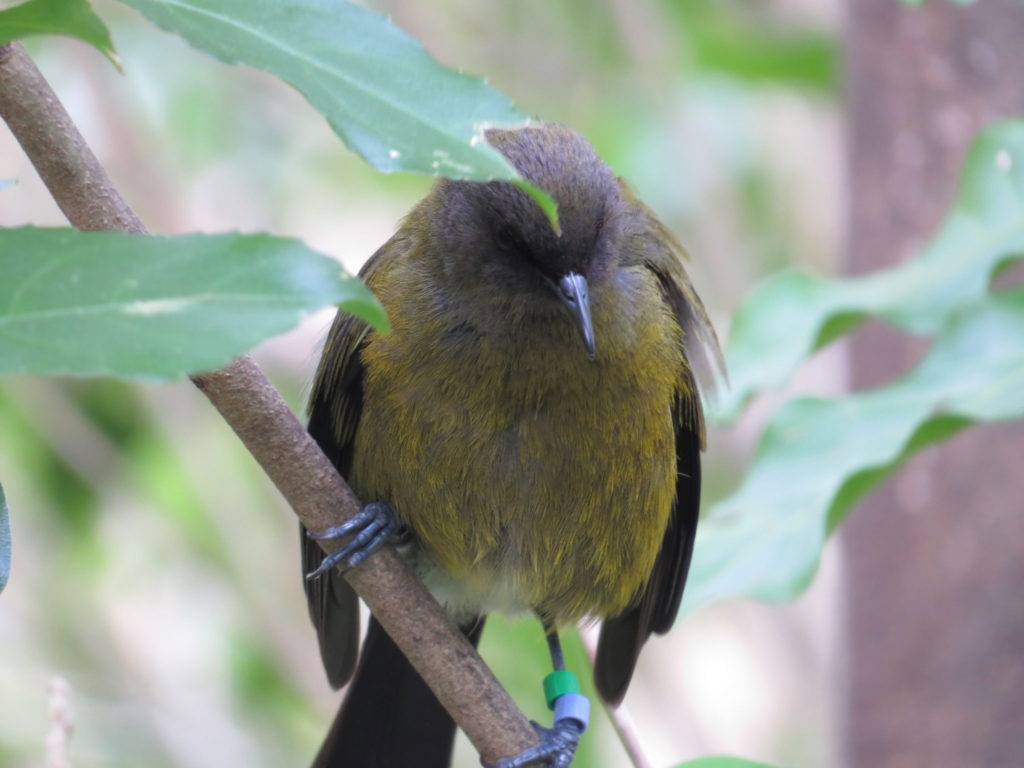 Another Bell bird here on Tiritiri Matangi  waiting its turn to have some sugar water. The sugar water is to be served fresh daily. The Bell bird is better off than some of New Zealand’s endangered species and some may survive on the mainland, but they breed better in bird sanctuaries such as Tiritirii Matangi island. 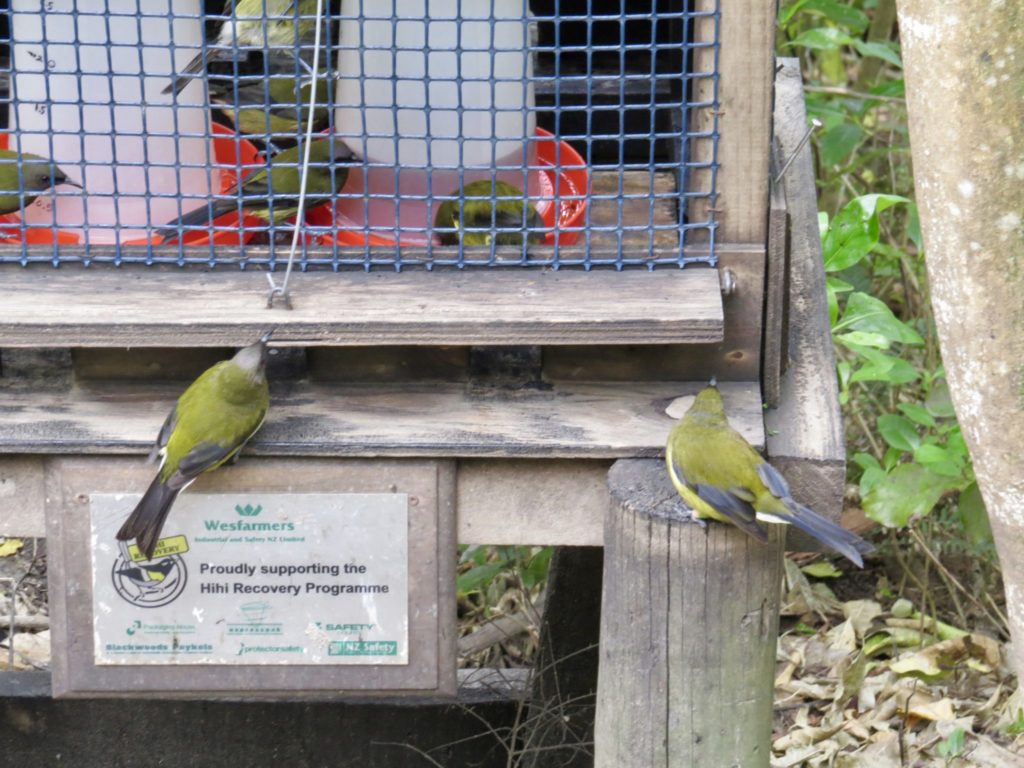 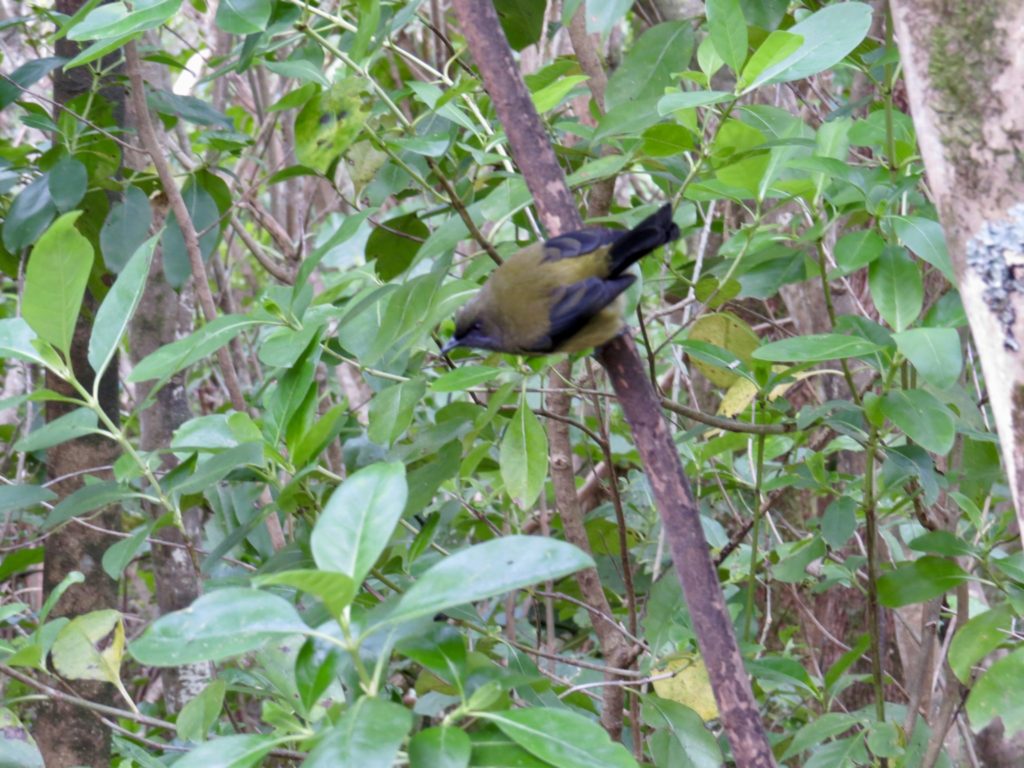