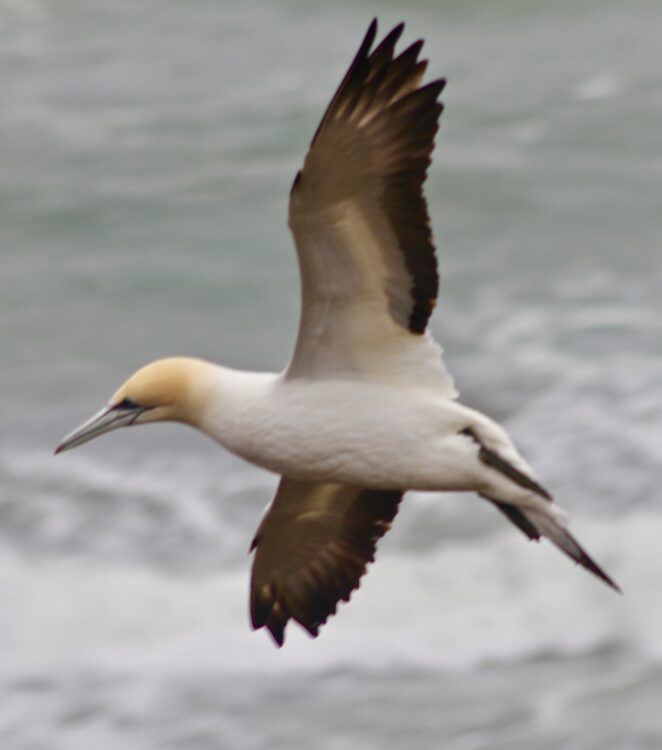 Gannets as Chicks face impossible odds. The first thing a young Gannet does is flap its wings and jump over the cliff for the first time. No wonder, Gannets sound nervous at the colony.

Supposed someone told the Gannet it could not fly, and he never would fly. He wouldn’t get to eat either.

Believe in your own abilities, neither think you are superman nor unable, take one thing at a time and do what you are able. That is the lesson of the Gannet.

Mind you, the Gannet is naturally equiped with a natural crash helmut and several eyelids to survive the impact of the dive at 120 miles an hour to catch a fish for dinner.  It wears flippers for swift swimming under water as well.

I am amazed at how many animals do things what we cant do, fly, endure long distance and they are very brave birds.