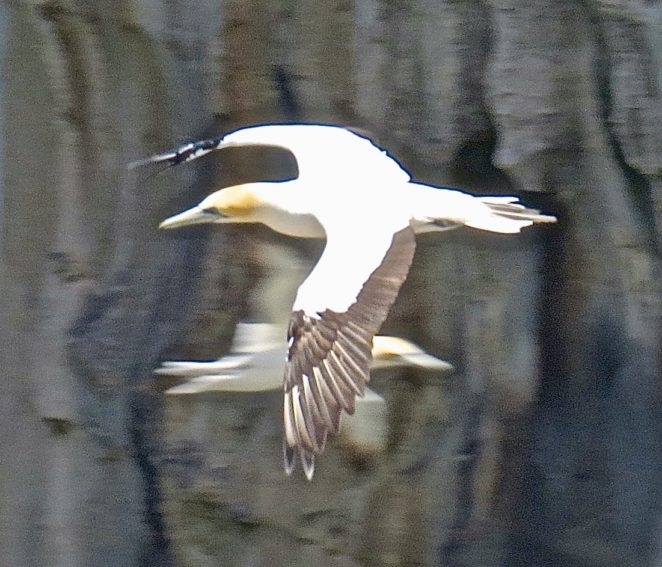 Here is the Gannet, whose name is not Janet. It lives in Muriwai beach on the Gannet colony  where there are several birds. Muriwai is in West Auckland, New Zealand.

It can fly up to 170 miles an hour as it plunges into the sea to catch fish. Its feet work as paddles, it has at least 2 eye lids and something is inside its head that acts as a crash helmut. It is swift and fast. They often fly at least 500 miles in a day on a fishing expedition.

It looks calm but when you hear them and their young chicks, they sound nervous.

Im not surprised. The first thing the young chick does is to jump off a sheer cliff that would kill any human being. Yet here you see this gannet, that flies and comes back for another flight!

Gannets live in other countries in the world and some of them migrate to other places. They have to grow up quickly or get left behind.