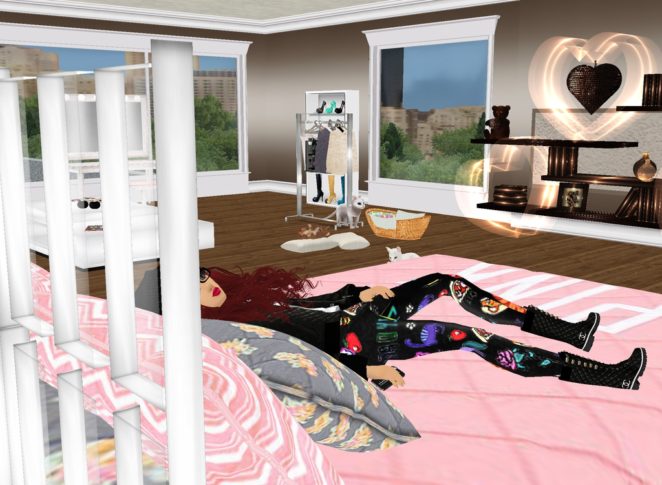 I woke up late, around 1:50 pm because I couldn’t sleep last night, thinking about different things. I was Klutzy today, and I accidentally burned my left hand as well as I kept tripping and I spilled my hot Aztec cacao in the living room. What is going on today, I thought to myself? I decided to hang out on the computer most of the time. I noticed that I am running out of food, and I need to go to the grocery store. I am considering doing some smoothies this time. I need to make out my list.

I remembered a weird dream when I woke up about being in a party. My late mother was there with me, sitting inside a nook room with other women. I was walking around checking out the event, which appeared to be a cultural event, but everyone there looked American. I asked a chubby blonde what she was drinking because it looked interesting, and she seemed rude, smirking and chuckling as she mumbled something like Ginger drink, which looked like a liquor drink because she was drinking it like shots, although the glass cup was normal size. When I was inside the nook lounge room with a doorway without a door, and noticed something going on outside of the doorway, like a fashion show or parade. I got up from my seat to stand by the doorway and watch. But one stupid girl wouldn’t let me watch. She kept standing in front of me, even though I moved right and left. I kept thinking that she must have a fucking problem because she seemed mental. She suddenly stuck her nose up in the air and kept sniffing around and smelling something in the air. She went toward my late mother and her friends, sniffing them but she didn’t say anything. Then, she came back to me, sniffing me to try to figure out my smell, but I looked at her like WTF. I tried to ignore her, as I tried to watch the activity or show, just outside of the doorway, but she continued to stand in front of me to obstruct my view. I just woke up and thought WTF because it must be a WTF day.

My picture is a snapshot from my IMVU beach house, where my avatar is relaxing in her bedroom with her three cats. She has a nice view of the downtown city area, and on the other side is the beach and ocean.