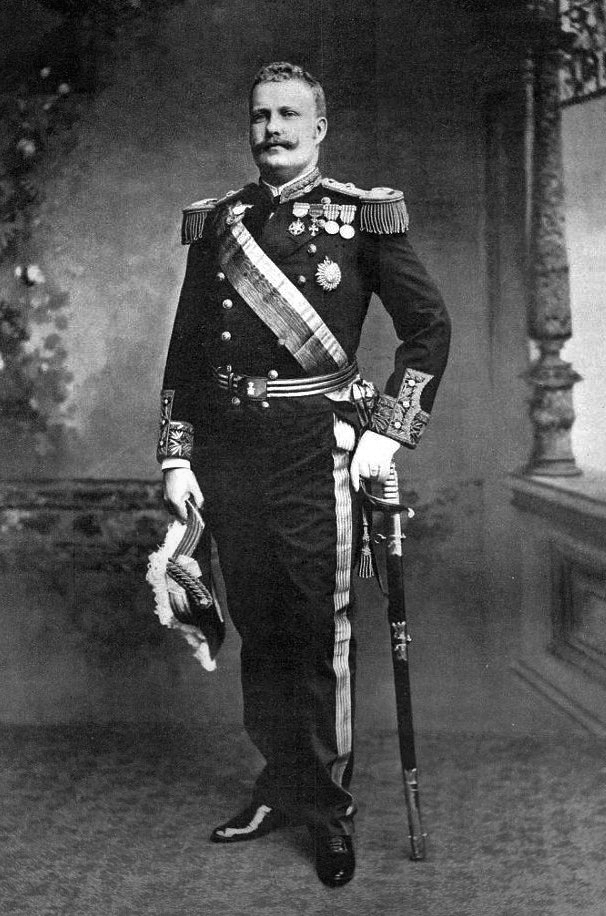 The Kingdom of Portugal began in 1139 when Afonso I (“The Conqueror”) declared himself King. It ended in 1910 when the last monarch, Manuel II, was chased into exile and Portugal became a republic. During that time only one King was assassinated, that being Carlos, who was the last King but one.

Carlos came to the throne in 1889, at the age of 26, and proceeded to demonstrate his unsuitability for the role by maintaining a profligate lifestyle at the time of a severe economic downturn. As the crisis got worse and republican agitation grew, Carlos appointed Joao Franco as Prime Minister, which meant virtual dictator. The popular perception was that Franco was siphoning off money from the treasury to fund Carlos’s personal spending at the same time as causing great distress to the people with his attempts to get the economy back on track.

Eventually, government oppression coupled with hatred of King Carlos led to open revolt and the deaths of Carlos and his son Luis Filipe. They were gunned down on 1st February 1908 as they rode in an open carriage through Lisbon. Their two assassins, who were immediately killed by Carlos’s bodyguards, may have been members of the Carbonaria, a republican secret society.

Carlos’s 18-year-old second son, Manuel, was also in the carriage but only suffered a minor injury. He was declared King but only reigned for two years before a second Carbonaria revolt, in October 1910,  ended the monarchy for all time. Manuel spent the rest of his life in England, where he died in 1932.