A work in progress, (which has been far too long ‘in progress’!), called, ‘On the Highway of Irreverent Rumination and Delusion ‘. Here is why…

It is a collection of fleeting, transitory and ephemeral thoughts which scuttled and rattled around my mind during a ‘journey.’

This journey is a fictitious road trip, fabricated from many various excursions. Allowing me the poetic literary licence to blend reality and invention into a captivating yet informative and thought-provoking tale.

So, come on, jump in and join me; let me take you on a voyage along the twisted neural carriageways of my psyche. Together we can rattle down the Highway of Irreverent Rumination and Delusion.

Part 4. An open road to freedom.

As I drive onwards it is my memories, recollections of personal history which begin to play in my head.

Nostalgic recollections of times past, times which never really were.

As a child, I recall riding in the rear of a car, usually with my father driving, as back then, in the sixties, even the early seventies, it was quite a rarity for women to drive when the family were on an outing.

I know we frequently took trips at weekends, more often during the summer holidays. I have glimpses, fractional memories of many of those drives, even some vague recollections of the places we visited. But those trips and journeys are now merged into one splintered faux memory. An eclectic collage of momentary instances loosely stitched together by wisps of fleeting reflection.

Worn supple leather, cracked, flaking. Scents of wood and grease and tobacco. Steamy windows, drawing faces before wiping them away with a scrunched-up cuff.

Staring through the condensation and the rain, watching umbrella’ed folk dart to and fro, wondering where they are going and why.

I can smell the damp scent of those wet days, hear the rain battering the windshield and the cars roof. I can still catch, if I close my eyes and concentrate, the squishy sound of the tyres on the roads surface as they cast a misty spray high into the air, whipped away by the gusting winds.

Another sound comes to mind; the crackle of the radio as the signal faded and recovered. What we consider poor reception today was state of the art motoring luxury then. I miss the erratic reception, the static and interference. It seemed somehow to humanise the radio broadcasts. I think it created a feeling of comfort.

I am saddened a little by the thought that, todays and tomorrows children, shall never experience the smell of a vehicle constructed in such a manner. One made with real wood, not plasticised veneers. Cars glued together with substances made from boiled down horse bones, door strops fashioned from hide or thick webbing, Bakelite radios, pure wool carpets and cotton headliners.

Vintage smells, traditional scents. The likes of which shall be lost forever, too soon.

But it was not all dampness.

There were summer days too, open windows. The breeze whipping my hair about my face. Blue skies, green fields, scents of blooms… or even cowsheds. Holding one’s breath until the smell passed or one became blue in the face.

All accompanied by a badly tuned radio crackling out songs. Songs which now stimulate wonderful memories of childhood. There are also memories of idle voices chattering about nothing. Mother wrestling an outsized map. My father trying to lead the singing or telling old, time-worn, repetitive jokes.

It was an adventure, at least in my child’s mind.

We picnicked in faraway fields, accompanied only by birdsong and the humming of bees, or under the dense canopy of tall trees, a woodland of imagination and wonder. Here, I was a gallant knight warding off my foe, a giant, a fire-breathing dragon, with just a gnarled broken branch, but a branch that was a magical sword of finest forged steel.

I was a prince, a king, a hero amongst the thorns and bracken. This was my kingdom.

At least for a few hours.

I was often dismayed, wanting to ‘play out’ with my friends, to scamper about the streets, the playing fields and all those ‘secret’ places only children know. Places which were, more often than not, deemed ‘out of bounds’, considered unsuitable or dangerous.

These were the exciting places, the true playgrounds of make-believe and fantasy, the places where seeds of imagination and creativity germinate.

When I was told the family were going on a ‘day trip’ I scrunched my face in disappointment, my shoulders sagged and my feet became heavy. My promise of meeting friends, of climbing the highest tree, catching the most sticklebacks or triumphing over evil spirits and ‘spacemen’, who dwelt among the rubble at the local dump, were to be lost to me, forever gone.

My friends would scold and tease me for my absence while regaling tales of fun, of bravery and daring.

That’s why, for the first part of many ‘trips’ in the car, I would sit sullenly staring out of the window, watching the world go by in an unfocused stream of passing.

Until something caught my eye. Like a motorbike in a field. I could ride that.

I could ride along the fence line next to the road. I could keep pace with the car, jump dividing fences, leap rivers, climb hills. I was Evil Knievel jumping impossible gorges, flying over six-lane highways.

… Horses in the field, wild horses, stallions. I could tame one, gallop along, jumping fences, wading rivers. A cowboy, a knight, and…and…that could wait. I needed to pee.

A break; sandwiches and orange juice from ‘Tupperware’ tubs with impossible lids, sealed too tightly for small fingers to prise open. All thoughts of friends and rubbish dumps long forgotten. We, the family, were going to… somewhere, anywhere. I did not really matter.

Back home my friends never admonished me. They were never so disappointed in my absence to disown me. Rather they wanted to hear my tales of the day. It was they who wished me to tell me of my adventures.

That was that. The moment shifted, time shifted, life moved on. I was back among friends. We continued our exploits and explorations together. The daytrip? All bar forgotten, such is the fickle mind and life of the young.

I think it is the simplicity of acceptance & understanding, to appreciate and recognise we all have ‘other things’ to do; commitments & necessities which are without our control.

Maturity and age are not necessarily an affirmation of wisdom.

Often the unblemished innocence of our young can teach us how much we have lost of ourselves.

Perhaps we should all try to find an open road? You never know, you may find yourself racing motorbikes along a verge, or riding wild horses across a stream. 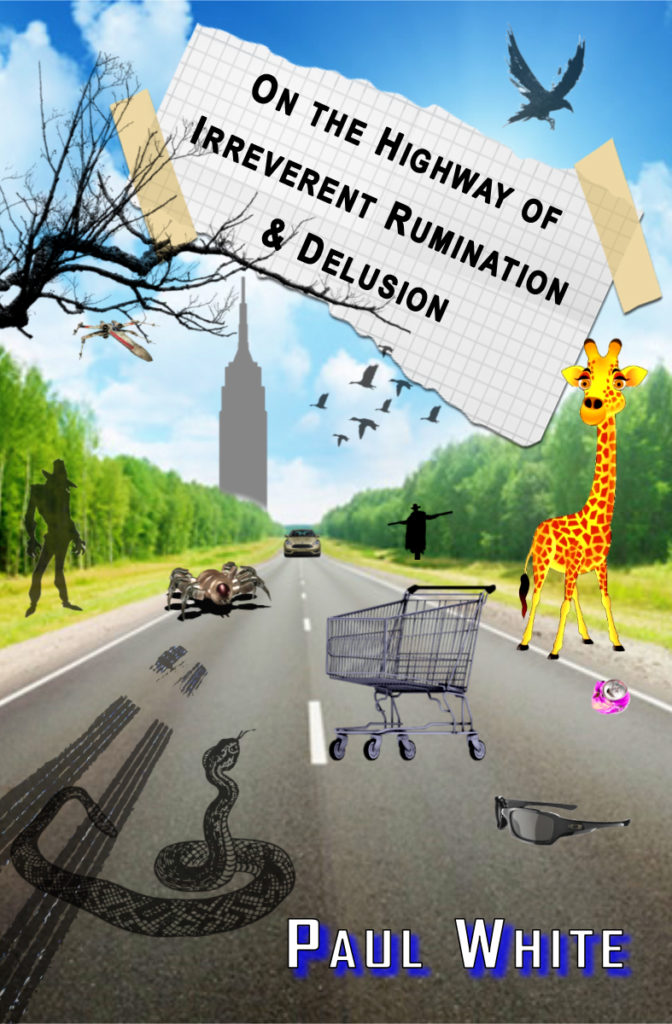