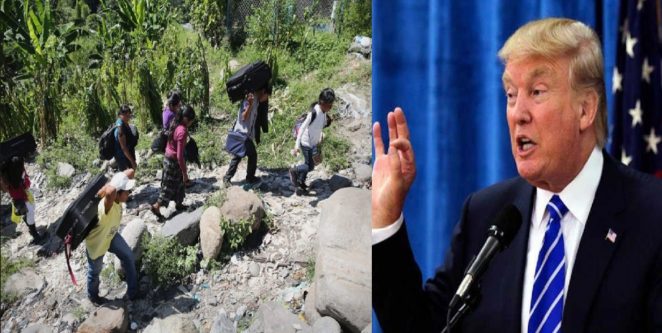 US President Donald Trump said that the illegal immigrant entered into the US will soon be sent back without legal action.

US President Donald Trump has cleared the policy against Illegal Immigrants and share a tweet on twitter to regarding immigration policy. That America will not allow anyone to cross their country, for which any illegal immigrant from now on the US entered America, they will be immediately returned immediately without any judicial proceedings.

President Donald Trump added that our immigration policy and interest rules are really ridiculous for immigrants. He explained that immigrants entering the U.S. from Mexico also contain large number of children, who come to America without their parents. The reason why America’s immigration policy is consider joking around the world. Immigrants benefit from these laws.

It is clear that the US President Donald Trump changes the immigration policy, Mexico and Central America, including illegal immigrants from other countries of the world, continued to separate them from children. Which was criticized globally with American first lady Melania Trump.