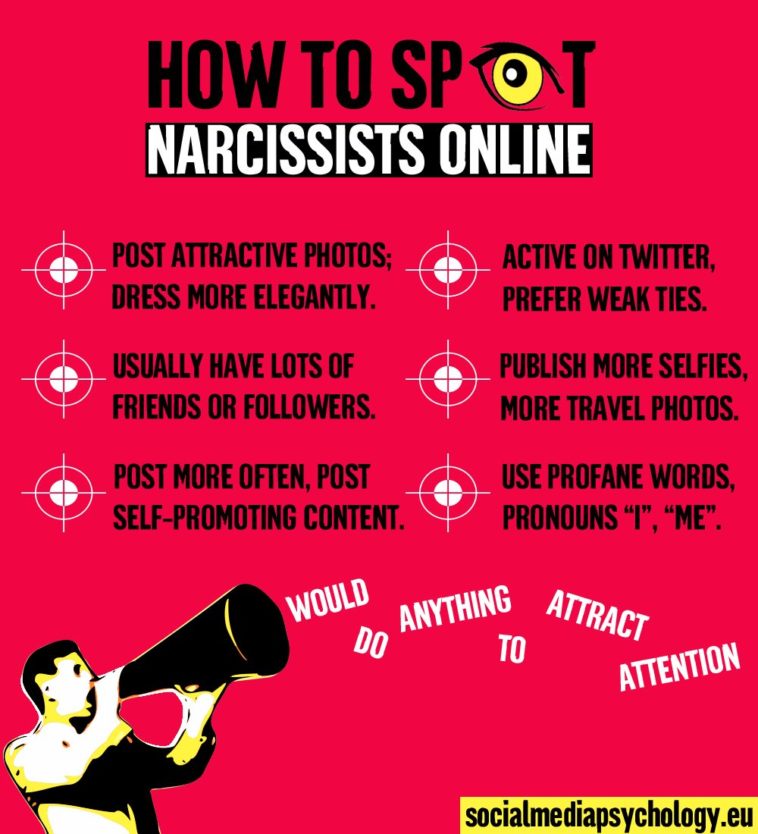 We have heard or encountered persons categorised as Narcissists; people who are in love with an image of themselves as magnificent, brilliant, powerful.

It is important to realise that what a Narcissist sees when he looks in the mirror, is not what you see when you look at him. We have been ‘schooled’ to believe that a Narcissist is a handsome or powerful man. Someone who has something;  is he highly educated?   has a lot of money?  the boss of a big business? Something….

But there are many narcissists who virtually have nothing. They aren’t attractive, they have little real power. They are virtually ignorable. The last thing you would think of, is that they are a narcissist.

That is because Narcissists cling to their inflated self-image because it allows them to avoid deep feelings of insecurity and inferiority.

They may be over weight, unattractive, ignorant, in real life, but in their image of themselves they are perfect.

This means that maintaining their delusions of grandeur takes a lot of work. It is a full time job.

That is where their dysfunctional attitudes and behaviors arise.To maintain this delusion involves self-centered, arrogant thinking and behavior. There is a gross lack of empathy and consideration for other people, and an excessive need for admiration.

Look at Benny. Overweight, unattractive. He has a nothing much job, lives in a rented room.  What in any of this rings the Narcissist bell?

But Benny is a narcissist.

His fantasy self is attractive, brilliant. He believes he can manipulate people who are smarter, richer, all the things he is not.  To play them, to get them to agree with him, to twist their perceptions, that is what fulfills him.

He doesn’t care how you feel, what you think, what is true.  All Benny cares about is pushing his fabricated reality into your head and getting you to agree with him.

If he fails, really fails, for his ego will have him pushing his rubbish over and again, because he can’t believe he could fail, but if he fails, he will move on to someone else, for like all Narcissists he feeds on other people. He feeds on the feelings of others.

To produce guilt or regret or embarrassment is his joy. Benny grows stronger by making others feel weak.  All that matters is his self-gratification. The easiest way to attain this is by degrading others.

So Benny will tell you why you did this, why you like that, what you think, what you want, with this certainty and power, which, if you are not focused, will have you off balance, will have him in control of you.

Just consider, someone coming up to you and looking in your face, ‘revealing’ these ‘secrets’ about you…

“I know why you walked out when Andy began to speak…”

“You really need someone to look after you, because I can see that…”

“You tend to avoid situations which demand emotion…”

And you stand there trying to think…’Huh?’  is he right?  Does he have an insight into me?  And might waste time giving some sort of credence to his remarks.

If you allow him into your life, he will make you miserable. He will invent scenes that never happened, twist events in the past, and strive to get you to agree to his false premises.This is his victory.

This manipulation, this ability to convince you of some fantasy, no matter what it costs him, is his purpose.

As with all narcissists, the only way to deal with them is not. Not to see them, speak to them, be involved with them in any way. If fate pushes you into proximity, be silent or talk on and on in pure blather. Don’t listen to him. Don’t believe anything he says.