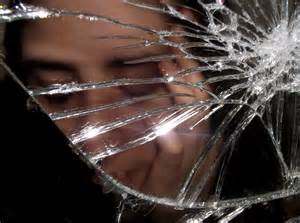 Shaun used to follow Laurie around like a puppy.  As I was her ‘Bestie’ he made an effort to befriend me.  As I knew he was only doing it to get close to Laurie, I was not as warm and welcoming as I would be if …

It hurts to love someone who sees you as a doorway or ticket to his desire. But I was very good.  No one ever saw me cry over him.

Through High School Shaun and I spoke about classwork. This was not done because he was interested in what I had to say, not really.  This was done so that he would be near me when Laurie approached.

I wanted to cut him loose, so many times but, being logical, if all I could have of Shaun was being the ‘commercials’ in Laurie’s program, well it was better to have that, then nothing.

I remember once he asked me if I knew what Laurie was wearing to a Halloween Party we were attending.  And me, “Oh, it’ll cost you!” and I forced a laugh.

“Lunch!” I gave with a friendly smile.

“Okay…” he said, willing to pay one hundred dollars if he would learn what she was wearing so that he could find something compatible.

I pretended this was a date.  I thought of what to say to engross him, but he was only interested in what Laurie was wearing to the Halloween party.