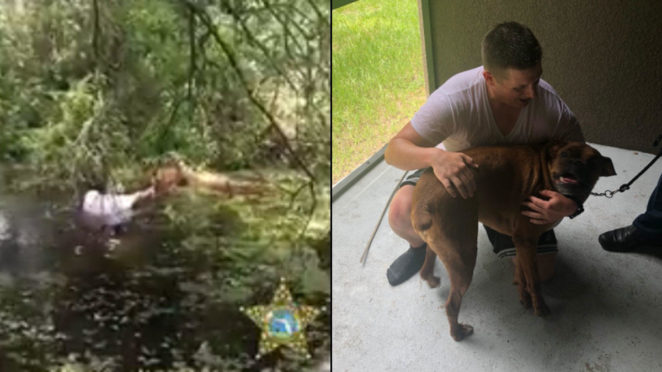 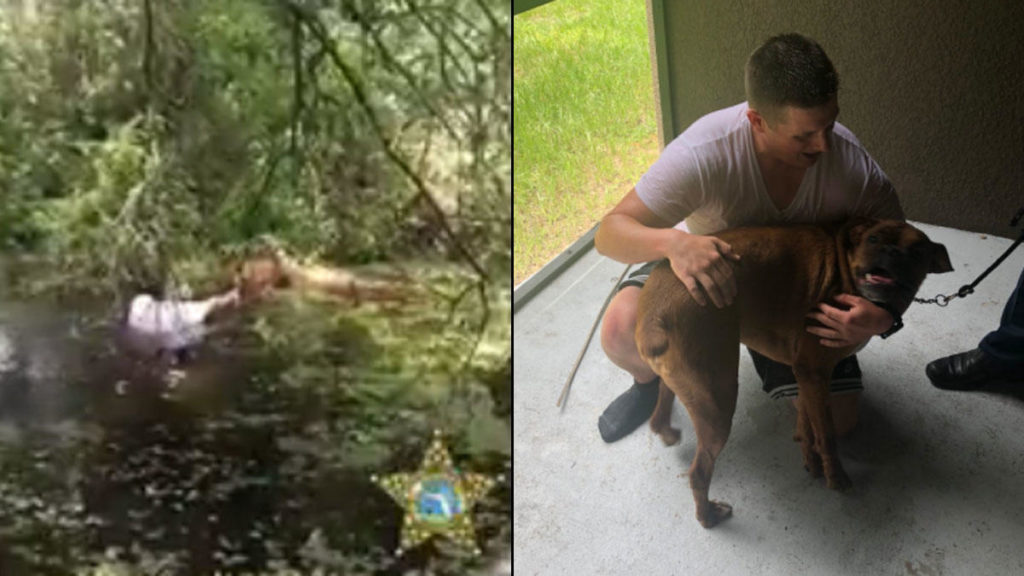 A male boxer dog named Cody is thanking his lucky stars that Hillsborough County Sheriff’s Office ( H C S O) deputy Matt Patellis was the one person who answered the call of duty from his owner that Cody was trapped in a murky lake on Thursday.

Cody’s owner whose name was not mentioned then called 911 to contact the H C S O to send a police officer to make an attempt to rescue her dog.

The officer assigned to rescue Cody from either drowning or being eaten by a gator was Deputy Matt Patellis who was wearing a body camera to record the attempted rescue of Cody.

Officer Patellis then went into a swampy lake to rescue Cody from a possible tragic ending either by drowning or being eaten by a gator since lakes are basically the home of gators who would have seen a dog as an intruder and his meal.

Thanks to Officer Patellis courage of being able to rescue Cody from the murky lake and being returned to his owner safe and sound.

Cody was so appreciative of the actions of Officer Patellis that he wagged his tail and thanked the police officer by showering with him with lots of love.

What makes this story interesting is that the body cameras that the police wear on their uniforms serves as an eyewitness to the good and bad deeds police officers do in the line of duty.