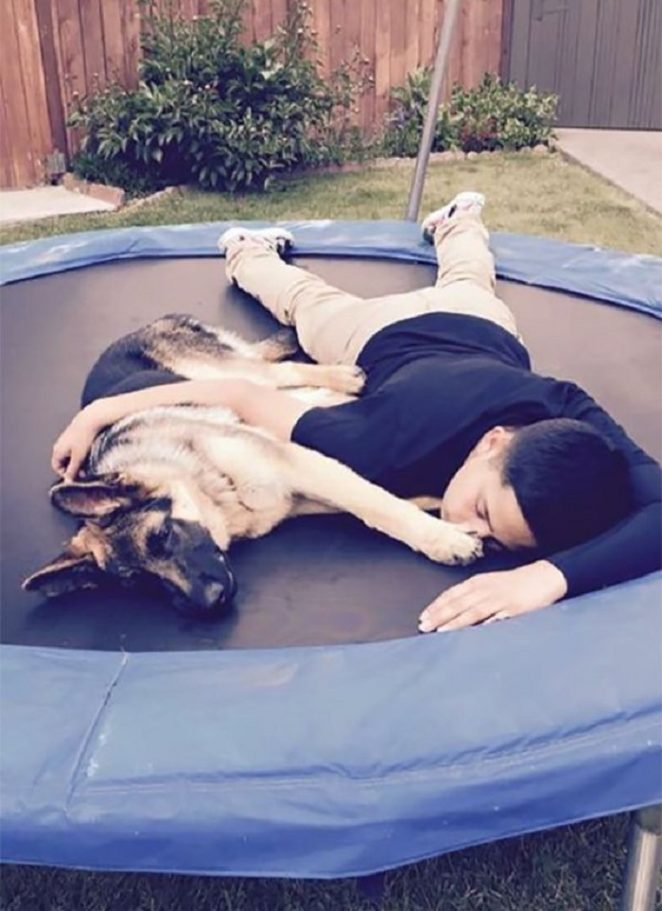 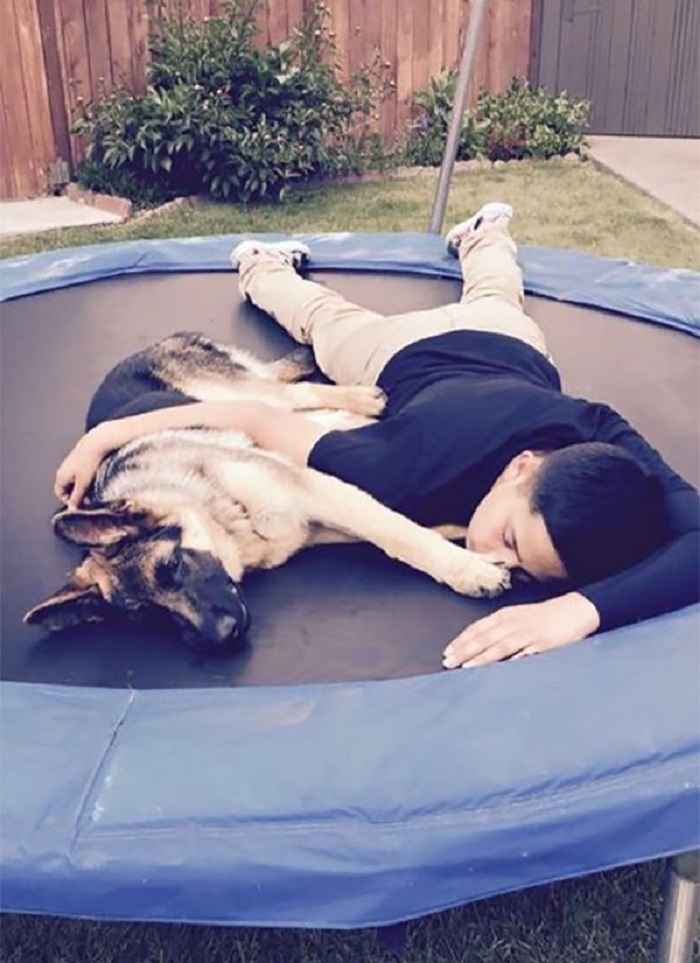 If there is one breed of dog that will take a bullet for his owner, it is the two year old German Shepherd named Rex who protected his master Javier who is a teenager from being executed during a home invasion in Des Moines Iowa on February 21, 2018.

Two suspects entered the home in an attempt to steal from Javier’s family when they encountered Rex who was protecting his master when Rex bit one of would be burglars.

The other burglar then shot Rex three times before the two burglars fled the house. Rex was then taken to the Blue Pearl Veterinarian Partners to have surgery for his wounds which thank goodness were not fatal after the incident happened.

Thanks to the charity GoFundMe.com Javier and his mom requested $10,000 dollars to pay for the medical bills of their hero dog after his surgery to take out the three bullets inside his body due to the criminals who left without getting anything from the home of Javier and his mom.

The response from the people who read the story on social media to assist Javier and his mom pay for the medical bills reached around $59,000 dollars.

Rex has fully recovered from his health scare after being shot three times by a burglar. The two burglars are still at large at this time. The recovery time was about less than a week.

Javier and his mother are leaving their current neighborhood after the robbery which could have ended in a tragic ending if Rex had died after he was shot by one of the burglars.

As the title of the late Paul Newman movie about the life of the late boxing legend Rocky Graziano “Somebody Up There Likes Me.” if Rex could speak.