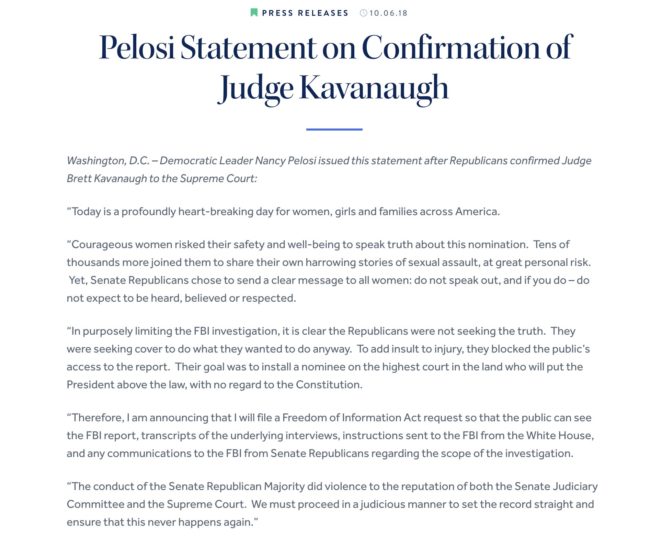 I am so perplexed. Sometimes things just don’t happen the way you want them to happen at all. The Senate Republican Majority didn’t come violence.  This is the definition of violence “behavior involving physical force intended to hurt, damage, or kill someone or something.” That did not happen.

Mz Ford, requested that her situation be kept confidential. I am not sure how many people had access to her information. She eventually sent it to a newspaper. I am not sure if  Dianne Feinstein explained to her that he could have done an investigation and kept her name confidential or not. (Dianne Feinstein couldn’t answer that question either. She would have to turn to a staffer to be told what she did or did not do and what she could or could not remember.)