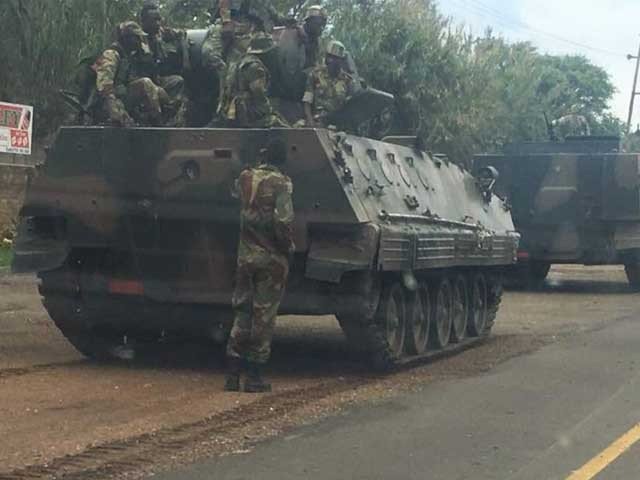 The Zimbabwe army took over the control of government TV, as well as the army was deployed on the streets of the capital.

Harare: The army in Zimbabwe took over control over the Mugabe Government.

According to foreign news agency, after the tension among the President of Zimbabwe, Robert Mugabe and the army of the African country, the army has overtaken the government’s control over the 37-year-old government. Huge streets were deployed on the streets of Harare, military officials took control of several key installations of the government’s TV headquarters, when the army’s tank and the armed forces stepped up towards the capital and the US embassy became closed.